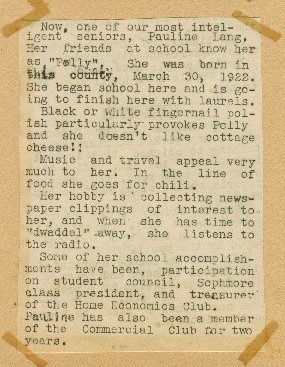 ton County, Michigan, Donovan "Don" Hugh Haker.  Don served in the US Navy during World War II from 1942 until honorable discharge in 1946.  At discharge he was rated as a Motor Machinist's Mate 2nd Class.

Don was involved in several motor vehicle accidents after the war.  Lansing State Journal 11 March 1946 identified Pauline as receiving a broken arm when the car in which Don was driving was struck by another vehicle.  Don lost one of his feet in a motorcycle accident  31 May 1948. 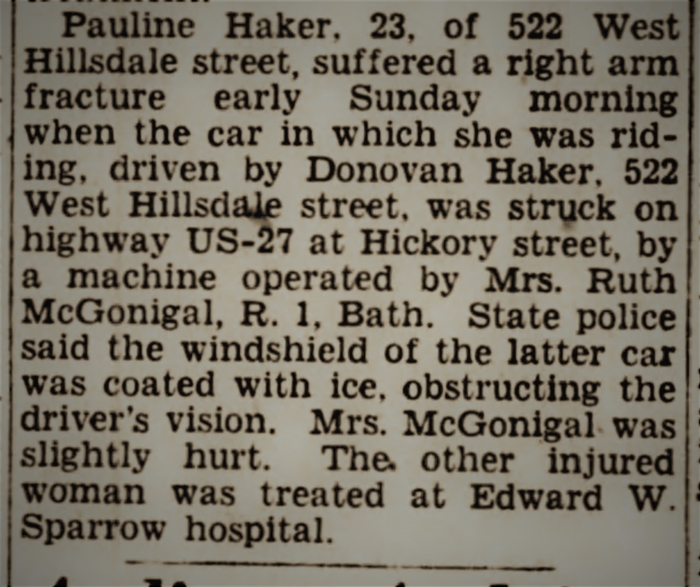 Note: Both of Paulines sons died of Muscular Dystrophy