Walter registered for the World War I Draft 12 September 1918.  He was employed as a Time Keeper for "Industrial Works" in Bay City.  Walter was described as single, of medium height and build with brown eyes and light brown hair.  The 1920 US Federal Census enumerated Walter as living in Bay City, residing with his parents and working as a Time Keeper. 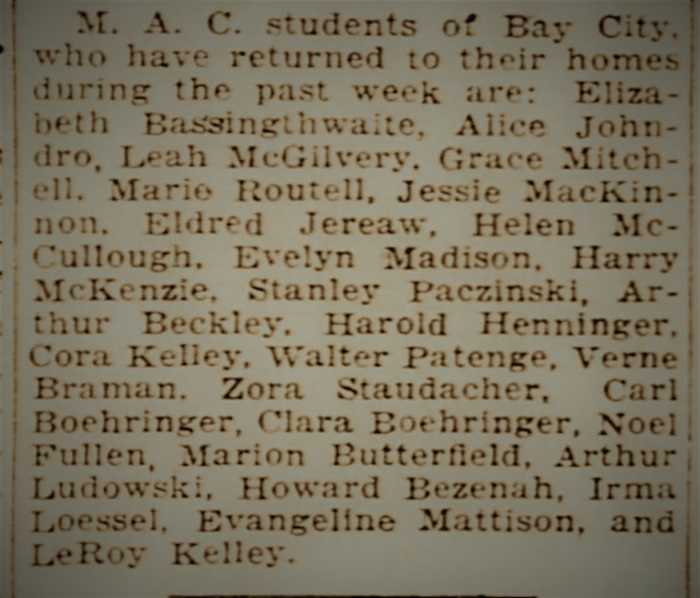 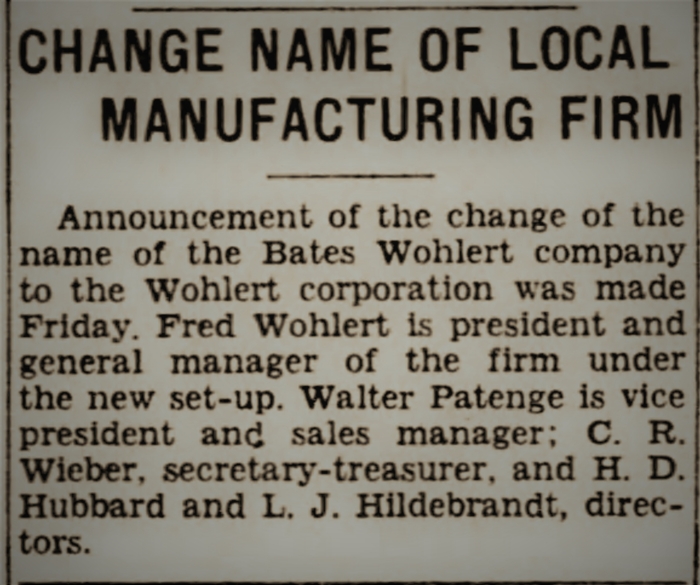 In 1933 Walter became vice-president and sales manager for Wohlert Corporation, Lansing.  Years later Walter and his partner, lawyer Harry Hubbard bought Wohlert Corporation.  He remained for the rest of his employment career until he sold his interest to his son, Rolland and his nephew, Kenneth E. Patenge. 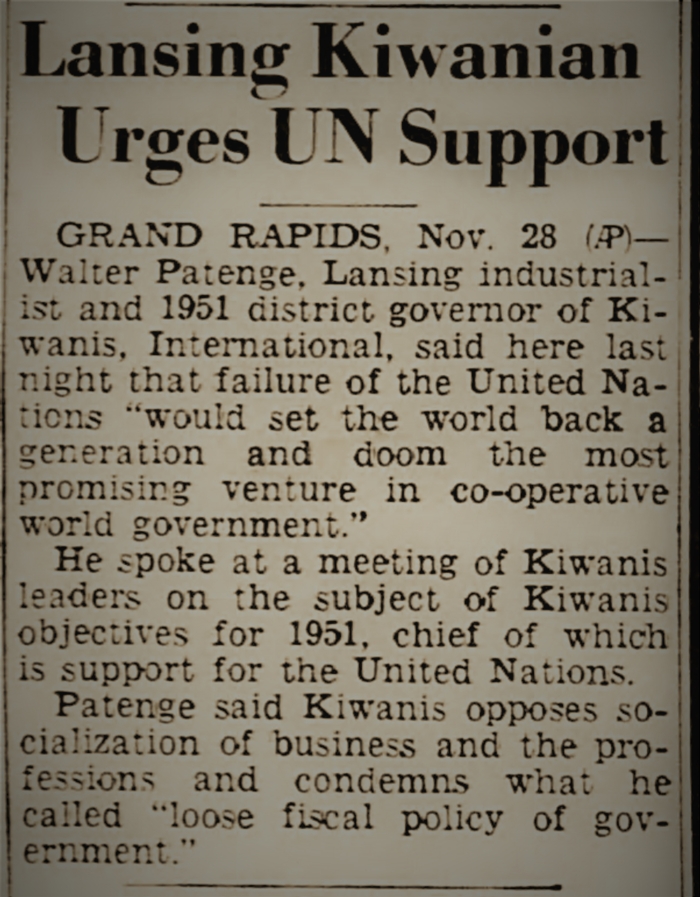 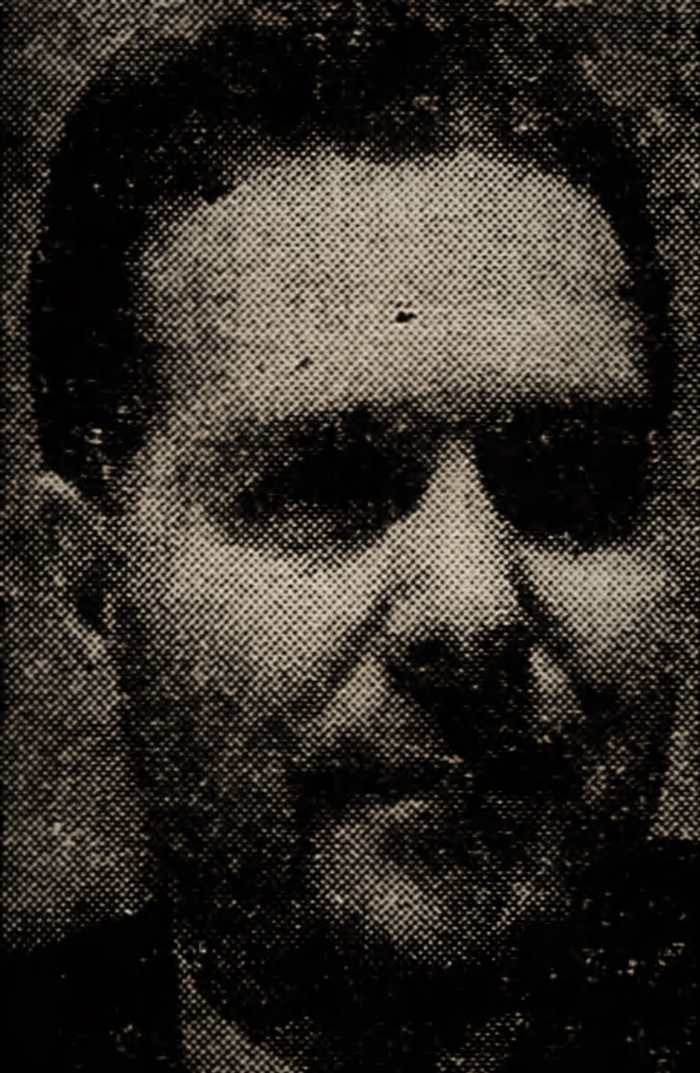 The Patenge's had 2 children, Rolland and Lois, both graduated from Okemos High School.

Walter and Elvera were generous supporters of Okemos Schools and the community will be forever grateful. 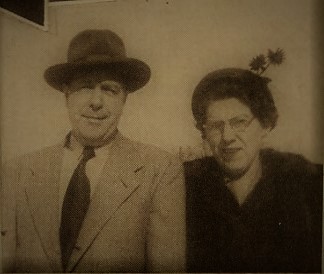 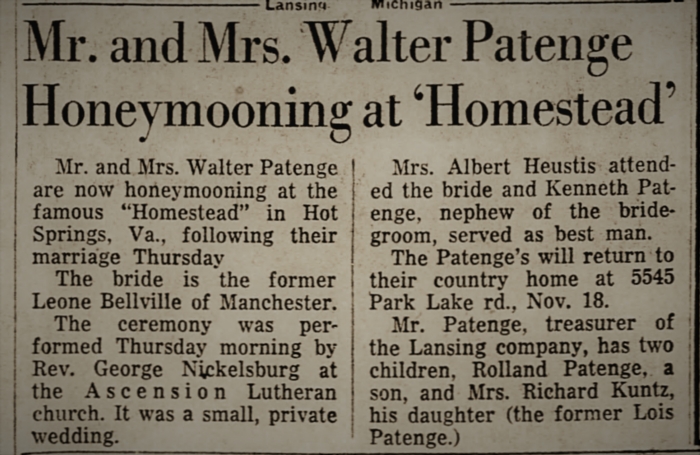 Walter then married, 7 November 1957, Lansing, Miss Leone Elethear Belleville.   Leone, daughter of Clarence Chapman (1881-1949) and Elethear (Johnson) (1887-1967) Belleville, was born 16 May 1907, Michigan.  Leone graduated from University of Michigan in 1930 and was employed for many years by William Goodyear and Company, an Ann Arbor, Michigan department store, first as a saleslady and then as a buyer. 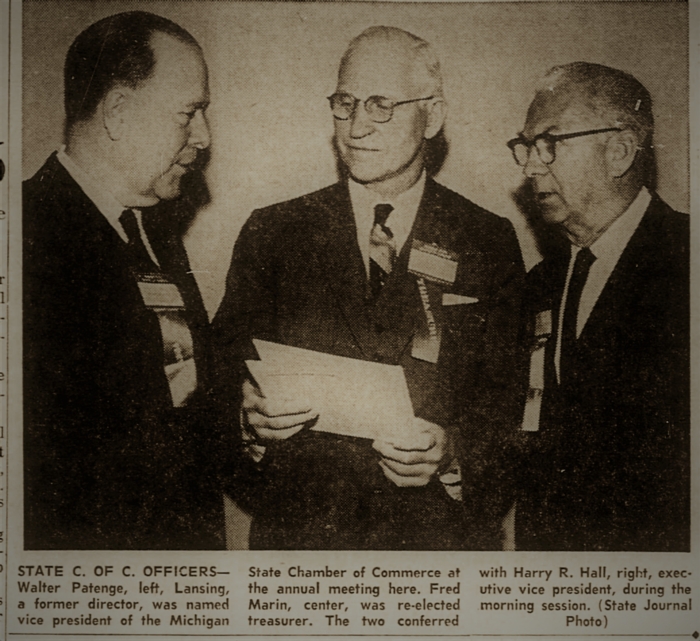 Walter and Leone over the next 25 years became well known donors and benefactors to local school, church and community endeavors 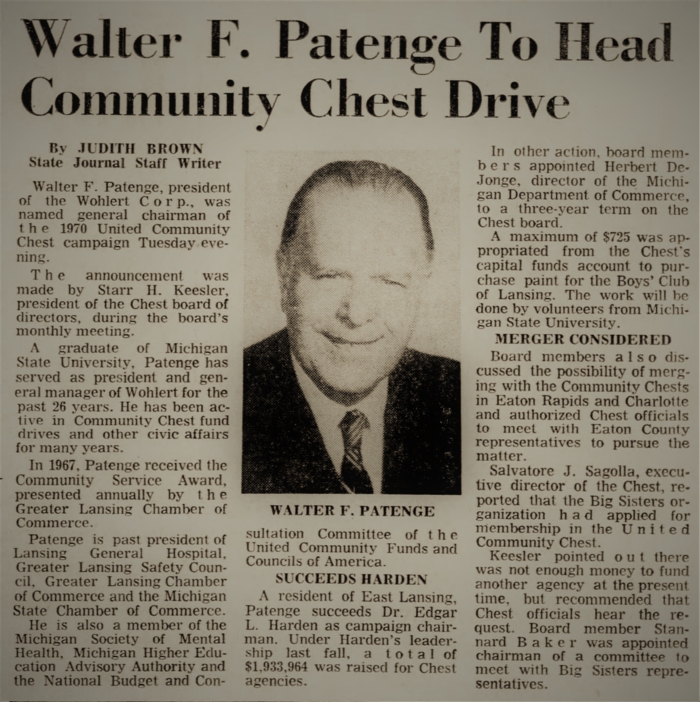