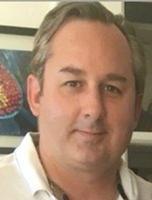 Kurt grew up in Okemos, MI, and went to Okemos High School. He attended Albion College in Michigan on baseball and academic scholarships and graduated from Michigan State University with a business degree in 1996. Kurt began work as an analyst for a logistics firm before specializing in the investment advisory field. He received an MBA in finance from Wayne State University in 2002. Kurt was very devoted to his son Victor and also enjoyed boating, skiing, eBay selling, baseball cards, dogs, cats and cars.

In addition to his former wife, Karina Pinheiro, Kurt is survived by one son, Victor Martyn of Chicago, IL. He is also survived by his father, Don Martyn; two sisters, Laurel (Brendan) O'Shaughnessy of South Bend, IN, and his twin Kathy Martyn Kuehne of Haslett, MI; as well as several nieces and nephews. Kurt was preceded in death by his mother, Cheryl.

A memorial service will be held at a future date. Memorial contributions in memory of Kurt may be given to the Children's Leukemia Research Association, Inc. 585 Stewart Avenue, Suite 520 Garden City, NY 11530 childrensleukemia.org