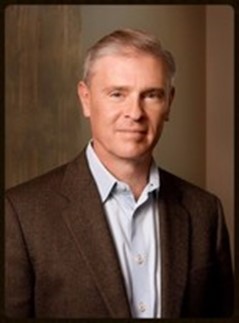 CEO of the largest real estate company in America, creator of a billion dollar private-equity firm, and Chairman of the Board for JetBlue Airways.  Not bad for a graduate of Okemos High School.

The qualities that made Joel Peterson an outstanding student at OHS have carried through in his later life.  In addition to his many business accomplishments, he has been a lecturer at the Stanford Graduate School of Business from 1992 to the present. He teaches courses in real estate, entrepreneurship, and leadership.  Helping today’s students be more connected with the business world, he invites distinguished leaders from a variety of fields into his classroom to share their insight.

As if that is not enough, Joel even found time to author a book.  In “The Ten Laws of Trust,” Joel uses real life examples to demonstrate how businesses can increase profitability by adhering to high standards of integrity, respect, and empowerment.

Not just confined to the world of business, Joel’s philanthropy and concern for others has touched those both near and far.  He was a generous OEF sponsor of Okemos High School’s “The Legacy of Emmett Till” panel discussion in 2016 and more recently, he lead relief efforts by JetBlue during the recent weather disasters, adding 54 extra flights into the Caribbean and Florida to evacuate 4,500 passengers ahead of Hurricane Irma.

Joel demonstrates both impressive business accomplishments and admirable personal values, making him a fine example of just how far one can go with an Okemos education.  The Okemos Education Foundation is proud to award him the 2017 Distinguished Alumni Award.

Law degree at University of Michigan

Private Law practice until death in 1964