Many of us remember Arlo.  The tall, blonde-haired, somewhat goofy, loveable guy who you just could not help but like.  He loved to laugh and he loved to joke.  He was Arlo and there was nobody like him.

He was in the French Club, Student Parliament. Drama Club (President) and Honor Society (treasurer).  He played the guitar and sang.  Some of his most memorable moments came from acting and playing various roles in high school plays.  Little did any of us know what a challenging and rewarding life was ahead of him.

Arlo attended Michigan State University after graduating from OHS and then graduated from the Pacific Lutheran Theological Seminary in 1974.  He became a pastor in the Lutheran Church for the remainder of his working life.  He mostly served congregations on Long Island, New York and the New York City borough of Queens. 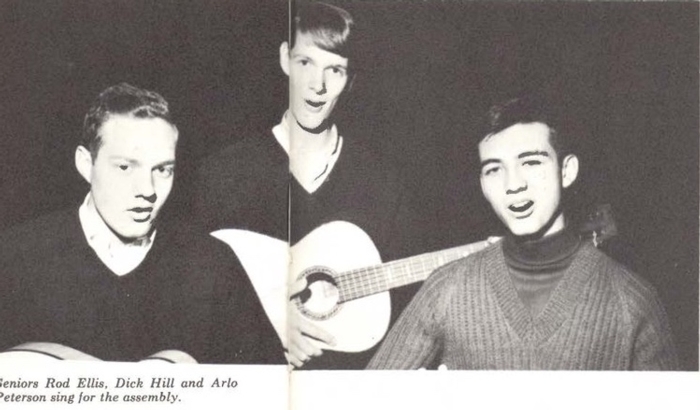 In his early 20’s,  Arlo married.  He and his wife Stephanie adopted a boy.  The marriage did not last but Arlo and his ex-wife remained friends ever after.  Arlo’s ex-wife, son and daughter-in-law presently live in the State of Kansas.

The outgoing, caring and ministerial Arlo faced a challenge, however.  For years he held a secret that he finally could no longer hide.  According to an article in the publication Extraordinary Lutheran Ministries, Reverend Arlo had an office with a unique wall adornment.

“Inside the office of Pastor Arlo Peterson is an array of flying pigs.  Not just pigs.  Flying pink pigs.  According to Pastor Peterson it has been said that ‘there will be a gay Lutheran pastor when pigs fly.’  Well, on Sunday, November 11, 2001 the pink oinkers got their take off orders as Arlo David Peterson was installed as pastor of the Holy Trinity Church in Key West, Florida.”

Arlo had moved to Key West to become a case manager for AIDS Help, a local organization that was addressing the AIDS epidemic in the Florida Keys.  He also became an adjunct pastor at Holy Trinity Church.  According to Arlo in the above referenced article:

“I came down here because I had friends who had suffered from HIV disease and I wanted to do something to help.  I have a gift of being able to get close to people, then back away at their death and not be destroyed by it.  It’s a very difficult thing to do.  But I felt God was calling me to do this work.”

Arlo and Stephanie Ax Peterson, Arlo's wife at the time photo was taken

Arlo had moved to Key West with a partner.  Because of being a non-celibate gay pastor, he was in violation of church rules.  As a result, he became part of a small group within the Lutheran Church that was at odds with the leadership.  Unfortunately, Arlo was ultimately removed from the ELCA clergy roster without his knowledge, only finding out two years later when contacted by the ELCA Board of Pensions.

Due to his mom’s poor health, Arlo retired and moved from Florida to Cadillac, Michigan, with his partner, Kevin Collins, seven years ago.  In Cadillac, Arlo continued to be active in community work until quickly succumbing to double pneumonia and passing away on July 9.

A few days after Arlo’s death, I was contacted by his partner Kevin Collins.  Kevin stated that Arlo enjoyed everything he did in life and he meant so much to the people with whom he came in contact.  He was a gentle man of faith and compassion.  According to Kevin, Arlo had a passion for lamps and clocks and that as a result you could not go into a room in the house without encountering some of Arlo’s eclectic collection.                        --Gary Weeber '65 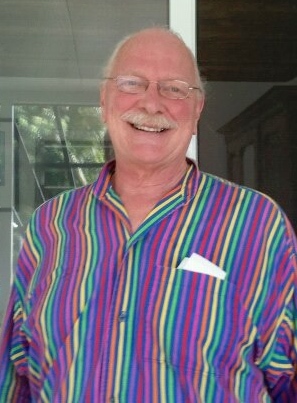 ARLO PETERSON CELEBRATION OF LIFE:  A Celebration of Life Service for Arlo was held on Wednesday, August 10th @ 1:00 p.m. at the United Methodist Church, 1020 E. Division Street, Cadillac, Michigan , 49601. There is no designated charity as Arlo was involved in so many different areas of charity. If you should decide to send a donation to the UMC church in Cadillac, they are currently involved in putting together back packs for under-privileged kids. A fund in Arlo's name has been established to support the activities of the Gay/Straight Alliance at Okemos High School and donations to this club is made payable to Okemos Education Foundation, note the Arlo Peterson Fund.  Else, please make a donation to your favorite special need / group in Arlo's name.