BOY KILLED IN CRASH ON US-16

Russell Glenn, 11, 4585 Ottawa dr., Okemos, was killed and his father, Stanley, 47, was injured Tuesday when their car was struck by a double-trailer truck

on highway US-16 about five miles east of Lansing.

Stanley Glenn was westbound and was turning left onto Okemos road when his 1956 Chevrolet was hit broadside by the eastbound truck.  Elmo M. Charlton, 48, of Wayne, driving the truck for Brada Cartage, Detroit, was uninjured. 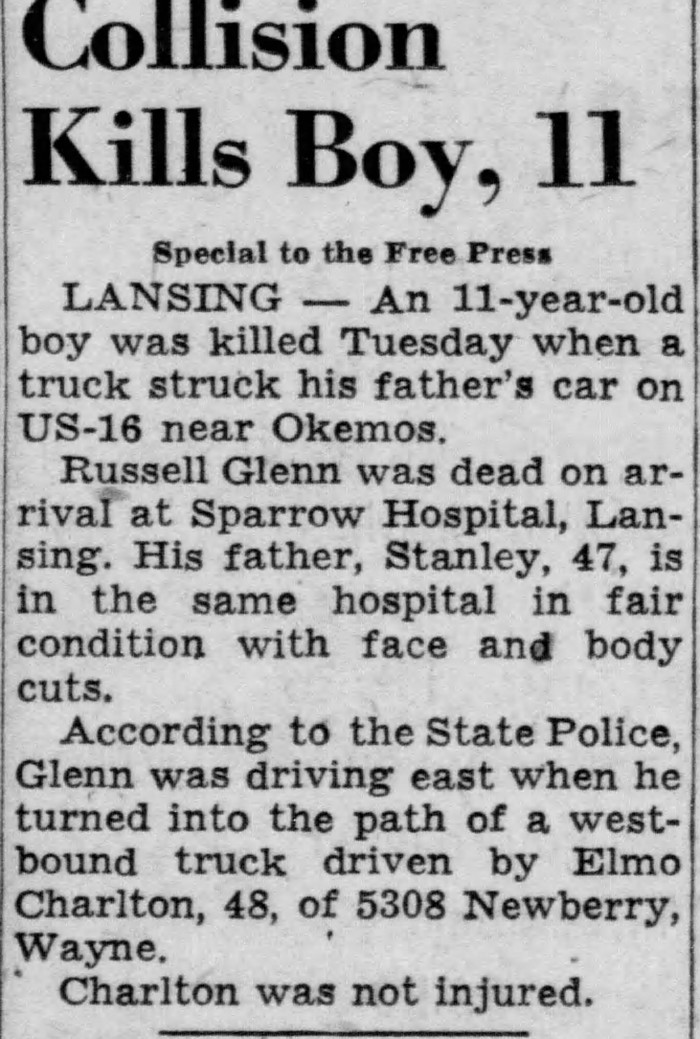