Vida was a bus driver for Okemos Schools for 24 years, starting in the 1970's.  She passed away from cancer 12 February 1996, Lansing, Ingham County, Michigan and was interred with Ike, her second husband, in Lakeview Cemetery, Harbor Springs, Emmit County, Michigan. 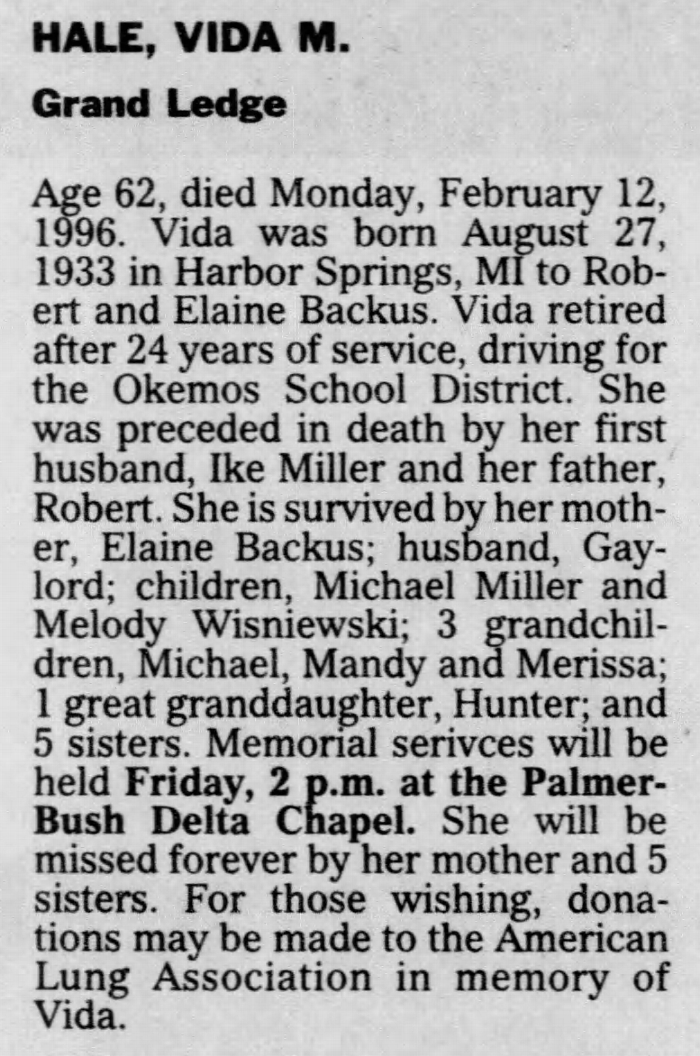