Ralph graduated from OHS in 1953 and went on to attend and graduate from Michigan State.  He married Carolyn Elexia Beall in September 1956.  Carolyn was finishing up family laundry late at night at an MSU campus laundry building in February 1958 when she was attacked and severely bludgeoned by a Jamaican student named Claude Logan.  Carolyn recieved a terrible beating and was stabbed.  She spent considerable time in the hospital but did recover.  Logan was found guilty by a jury trial and sentenced to 10 years in prison.

Ralph lived for a number of year in Warren, Macomb County where he died 19 March 1984.  There was no mention of Carolyn but rather a wife named Patricia in his short obituary.  He was interred Leek Cemetery, Okemos.  Carolyn Beall (1936-2016) died in Kentucky and was interred in Indiana. 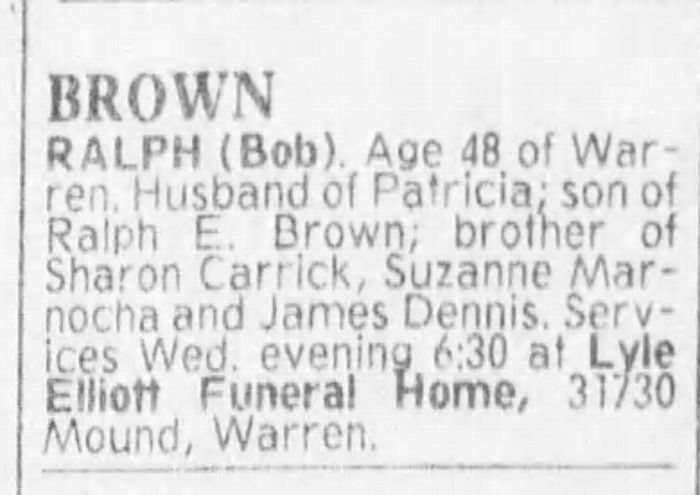