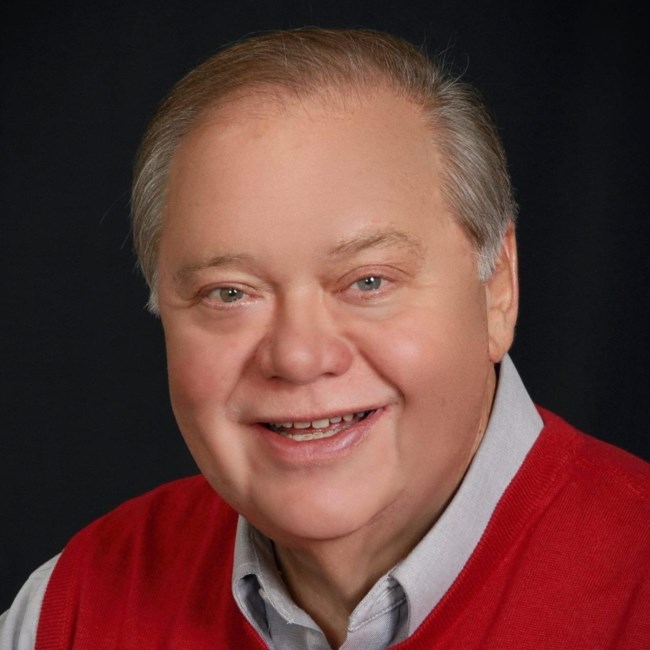 He was a graduate of Cass Technical High School in Detroit, completed his undergraduate schooling at the University of Detroit, and was a graduate of the University of Michigan Law School. Ron was a diehard fan of U of M. He served as Assistant Attorney General with Frank Kelley, a friend and mentor, at the Michigan Office of the Attorney General where he worked for over 40 years, retiring in 2010. Ron served on the Okemos School Board for 22 years, the Meridian Township Board as a Trustee for 4 years, and proudly as the Township Supervisor for 6 years. A devout Catholic, he was a founding member of St. Martha Parish in Okemos, where he was a member of the Knights of Columbus as a 4th Degree Knight and served as Grand Knight. He passionately taught CCD at St. Thomas Aquinas Parish and St. Martha Parish for 20 years. Ron was an avid Lionel Train collector and coin collector. His greatest joy was spending time with his grandchildren.

Ron is survived by the love of his life, his wife of 50 years, Georgia Styka; four sons, whom he was immensely proud of, Jason (Clovis Thorn) Styka, George (Katie) Styka, Joseph (Meagen) Styka and James (Crystal) Styka; five grandchildren, Landen, Layla, Caden, Keira and Amelia Styka; sister, Karen (Michael) Trepkowski; and cherished nephews, nieces, cousins, and friends; Finally, he will be missed by his best buddy, his cat, Cosmo. Ron was preceded in death by his parents. A Mass of Resurrection will be held at 10:30 am on Saturday, February 26, 2022 at St. Martha Parish in Okemos with Father Michael Murray as Celebrant. Visitation will be held on Saturday from 9:00-10:30 am prior to the Mass at the Church. A luncheon celebration will be held immediately following the service in the parish hall.

In lieu of flowers, please consider making a Memorial Contribution in Ron’s honor to Meridian Cares at meridian.mi.us and searching Meridian Cares. The family is being served by Gorsline Runciman Funeral Homes East Lansing Chapel. To leave a cherished memory or words of sympathy please visit www.greastlansing.com. 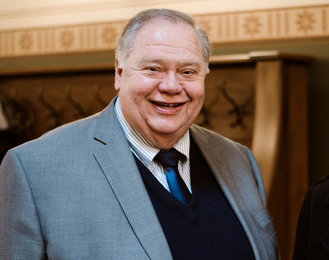 On February 15, 2022, Meridian Township Supervisor, Ron Styka, passed away from injuries suffered in a fall at his home last week.

At the beginning of last night's Township Board meeting, Township Manager Frank L. Walsh announced Styka's passing to the community. Manager Walsh and Board members gave tribute to Supervisor Styka and his legacy of public service. View the recording of the February 15, 2022 Township Board Meeting on HOMTV here.

"Ron Styka was a kind, respectful and ethical guy. He cared deeply about Meridian Township and his remarkable 30 years of public service are a model for others to emulate," stated Manager Walsh. "Ron's great joy in life was his wife Georgia, sons Jason (Clovis), George (Katie), Joe (Meagen) and James (Crystal). He centered his world on his five grandchildren. I considered Ron a mentor and friend. I will miss him dearly."

As a member of the Okemos Board of Education, Meridian Township Trustee and Supervisor, Ron Styka had served the community through public service since 1990. Styka was a native of Detroit, proud graduate of Cass Tech High School, University of Detroit and the University of Michigan Law School. His legal career at the Michigan Attorney General's Office spanned 40 years. Styka shared a special relationship with the late Michigan Attorney General Frank J. Kelley and former Michigan Governor James "Jamie" Blanchard.

"Supervisor Styka led our Board with grace and treated everyone with unparalleled respect. I learned a great deal from Ron and his gentle wisdom," stated Township Supervisor Pro-Tem Patricia Herring Jackson. "Meridian Township benefited greatly from his love of the community."

Ron Styka's Background and Involvement in the Community:

Ron Styka moved to Okemos with his family in 1978 in the Briarwood neighborhood. Ron and his wife, Georgia, have four sons who all attended Okemos Public Schools from Kindergarten through graduation from Okemos High School. In 2011, Georgia retired as a history teacher at Okemos High School. Ron had a B.A. in Political Science, Economics and History from the University of Detroit and a law degree from the University of Michigan. He served as an Assistant Attorney General for the State of Michigan from 1971 until his retirement in December 2010.

As an active community member, Ron served as president of Briarwood Association, coached Eastside soccer for nine years and was active in OAKS, scouting, Indian Guides, Music Patrons and Athletic Boosters. A Knight of Columbus, Ron served in many elected positions, including Grand Knight. For over 10 years, he had been in charge of the K of C’s annual fundraising campaign to assist children and adults with mental impairments. He was also active in his church’s community outreach activities. Ron was first elected to the Okemos Board of Education in 1990. He was re-elected in 1994, 1998, 2002 and again in 2006. He also served to fill vacancies on the Board in 2011, and again in 2012. While on the Board, Ron served as President (3 years), Vice President (3 years), Treasurer, Secretary (3 years) and Parliamentarian. He also earned the Michigan Association of School Board's Award of Merit before retiring in December 2010.

In November, 2012, Ron was elected a Trustee of Meridian Township. In 2016, the voters elevated Ron to the position of Township Supervisor, the chief elected official of Meridian. As part of his duties, Ron was the Township Board's liaison to the school districts within the Township, including Okemos. He served as a Trustee of the Okemos Education Foundation since 2009 and took over as Board Chair in 2018. 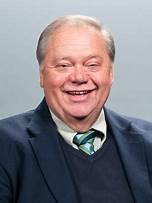 MERIDIAN TWP – Ronald Styka, the township's top elected official and a former long-time member of the Okemos School Board, died Tuesday from injuries suffered in a fall at his home last week.

The fall had occurred on Thursday, he said.

Styka was first elected to the board in 2012 and was serving his second four-year term as supervisor – the township's top elective post. His decades in public service included stints on the Okemos Board of Education and years on a school board in the Detroit area, where he grew up.

Styka had been on the Okemos Education Foundation board since 2009, becoming chair in 2018. He worked in the state Attorney General's Office from 1971 until his retirement in December 2010, according to his bio sheet on the education foundation's website.

Styka's time on the Okemos School Board included three years each as president, vice president and secretary. He earned the Michigan Association of School Board's Award of Merit before leaving the board in December 2010.

Besides the Okemos Education Foundation, Styka was involved with the Knights of Columbus and St. Martha Catholic Church.

"We're going to miss Ron greatly," Township Treasurer Phil Deschaine said, adding that he hopes the board can pay "proper tribute" to Styka at a future board meeting.

Township Clerk Deborah Guthrie said she considered Styka to be "the grandfather or father of the township," adding that he always supported her.

"He was just a really, really good advice-giver," she said

Styka and his family moved to Okemos in 1978, according to the education foundation. He and his wife, Georgia, had four sons who attended Okemos schools. Georgia Styka retired in 2011 as a history teacher at Okemos High School.

Styka was first elected to the Okemos School Board in 1990 and remained on the board until 2010, the foundation said. He stepped in to fill vacancies on the board in 2011 and 2012.

Styka's current term on the township board expires in 2024. It was not immediately clear how the board would fill the vacancy.