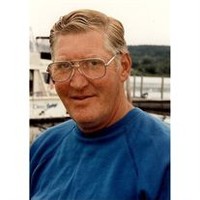 Robert G. "Bob" Maynard, son of Claude W. (1915-1997) and Florence (Stillman) Maynard, was born 25 April 1939 Michigan.  He graduated in 1957 from Okemos High School and served in the US Army.  Bob lived in the Houghton Lake, Roscommon County, Michigan area for many years.  He died there 21 July 2011 and was interred Lake Township Cemetery, Houghton Lake.

He grew up in Okemos and graduated from Okemos High School. He then served in the army from October 1957 until October 1960. Upon completing his service in the army, Bob, came to Houghton Lake, where his parents had moved to and owned the Northway Bar & Bowl.

Bob's parents introduced him to the daughter of the owners at North Shore Lounge, Mary Jean "Sis" Johnson, and after six years of courting Bob married Sis on October 28, 1966 at Houghton Lake. Bob and Sis owned and operated Houghton Lake Cleaners for over 25 years.

Bob was the Lake Township Cemetery Sexton and Caretaker from 1987 to the present time. He was a member of the Houghton-Higgins Elks Lodge and a past President of the Houghton Lake Chamber of Commerce.

Those wishing to make memorial contributions in Bob's memory are asked to consider Hospice of Helping Hands or the American Cancer Society.