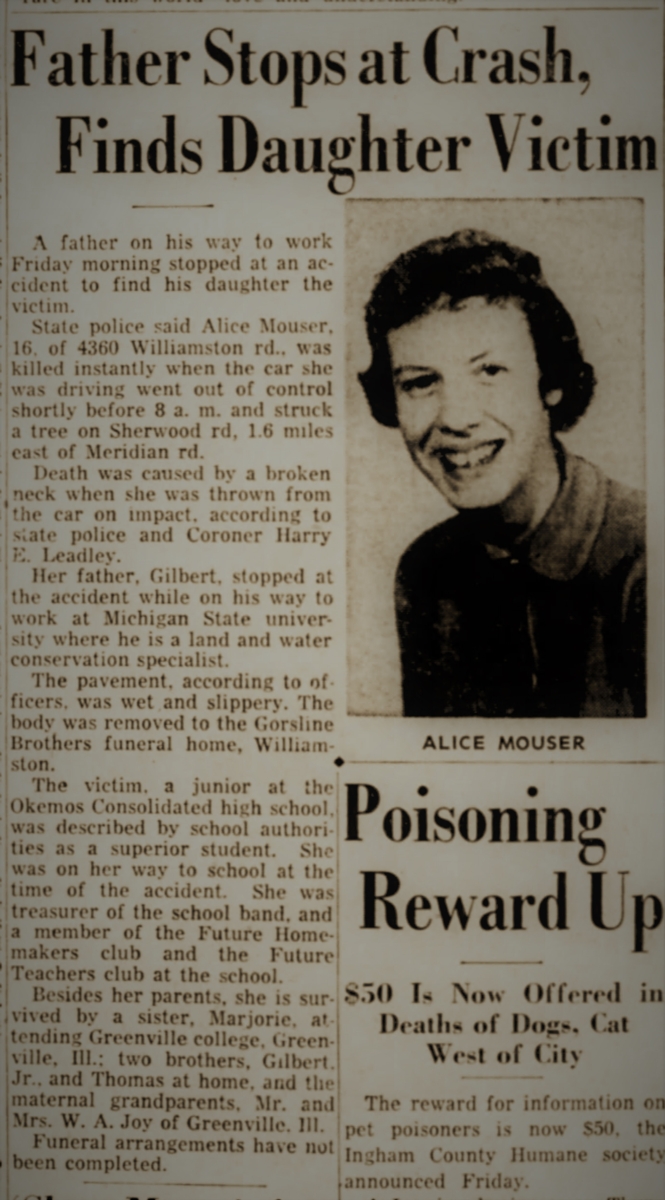 A father on his way to work Friday morning stopped at an accident to find his daughter the victim.

State police said Alice Mouser, 16, of 4360 Williamston rd., was killed instantly when the car she was driving went out of control shortly before 8 a.m. and stuck a tree on Sherwood rd. 1.6 miles east of Meridian rd.

Death was caused by a broken neck when she was thrown from the car on impact, according to state police and Coroner Harry E. Leadley.

Her father, Gilbert, stopped at the accident while on his way to work at Michigan State university where he is a land and water conservation specialist.

The victim, a junior at the Okemos Consolidated high school, was described by school authorities as a superior student.  She was on her way to school at the time of the accident.  She was treasurer of the school band, and a member of the Future Homemakers club and the Future Teachers club at the school.

Besides her parents, she is survived by a sister, Marjorie, attending Greenville college,. Greenville, Ill.; two brothers, Gilbert, Jr., and Thomas at home, and the maternal grandparents, Mr. and Mrs. W. A. Joy of Greenville, Ill.

Funeral arrangements have not been completed. 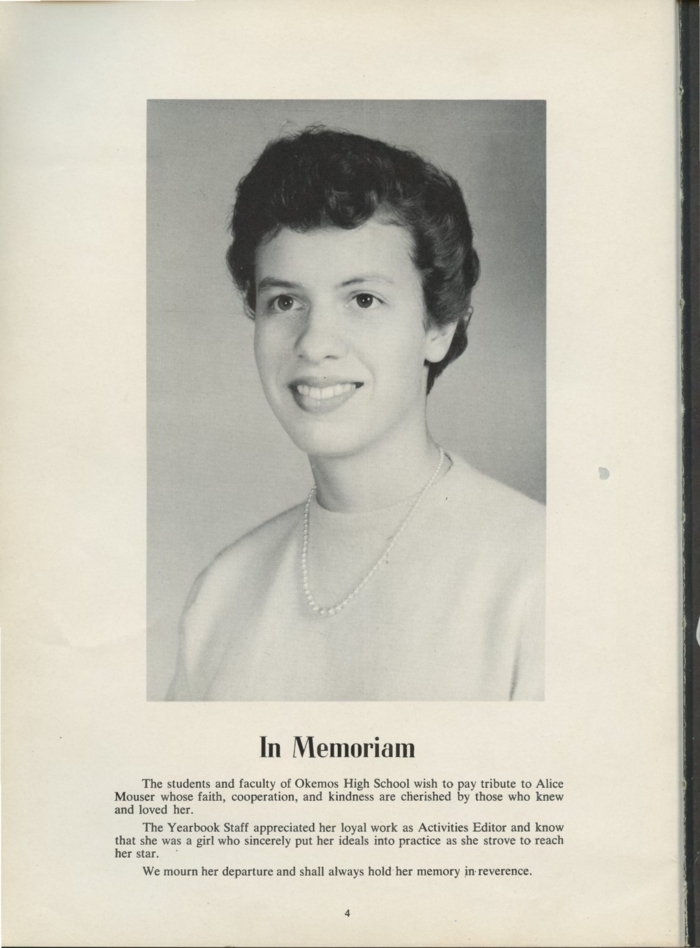 Funeral services for Alice Mouser, 16, of 4360 Williamston rd., will be held Sunday in the Williamston Baptist church at 2:30 p.m.

Rev. Harold Reese will officiate.  Burial will be in Greenville, Ill.

The girl, a student at the Okemos high school, was killed Friday morning when the car which she was driving went out of control and stuck a tree on Sherwood rd.

The body will remain at the Gorsline Brothers funeral home, Williamston, until time for the service.