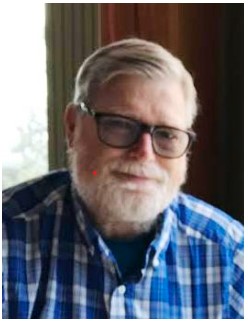 Per Mr. Nash's request there will be no services held at this time.  The family will host a memorial gathering at a later date..

Cremation arrangements are being held by the Smith Funeral Home & Chapel of Hannibal.

James was born on September 22, 1944, in Norfolk, Virginia the son of Arthur and Winifred (Fidler) Nash.

In addition to his parents, Mr. Nash was preceded in death by a brother, Bill Nash.

James graduated from Okemos High School in Okemos, MI.  He went on to further his education at Michigan State University majoring in Psychology.  James worked most his life in molded fiberglass companies and owned/operated a auto body shop for several years. Upon moving to Hannibal James worked for an area farmer and later worked at Injun Joe Campground helping design the fiberglass liner for the 300 foot water slide at Injun Joe.

Away from work, Mr. Nash was a diehard Michigan State Fan "Go Green", he enjoyed going out to eat with family and friends and always ordered his steaks med-rare.  James was an avid reader and also enjoyed  googling Space X.  Throughout the years James had a love for animals and raised and showed Doberman Pinschers and later in life had a love for his cats, "Missy" and "Haycat". Trips to McDonalds for coffee is something James also enjoyed every morning.

James biggest love was his family, he cherished the time spent with his daughter and grandson.

Mr. Nash was a Christian by Faith.

Memorial contributions may be made to Cuddle Cat Rescue Donor's Choice, in care of Smith Funeral Home & Chapel.

Online condolences may be made to the family on James' memorial page at www.smithfuneralhomeandchapel.com

Our thanks to Jill Axline Roth class of 1962 for notification.