Charles was drafted into the US Army in 1943.  He served, with distinction, until honorable discharge in 1945. 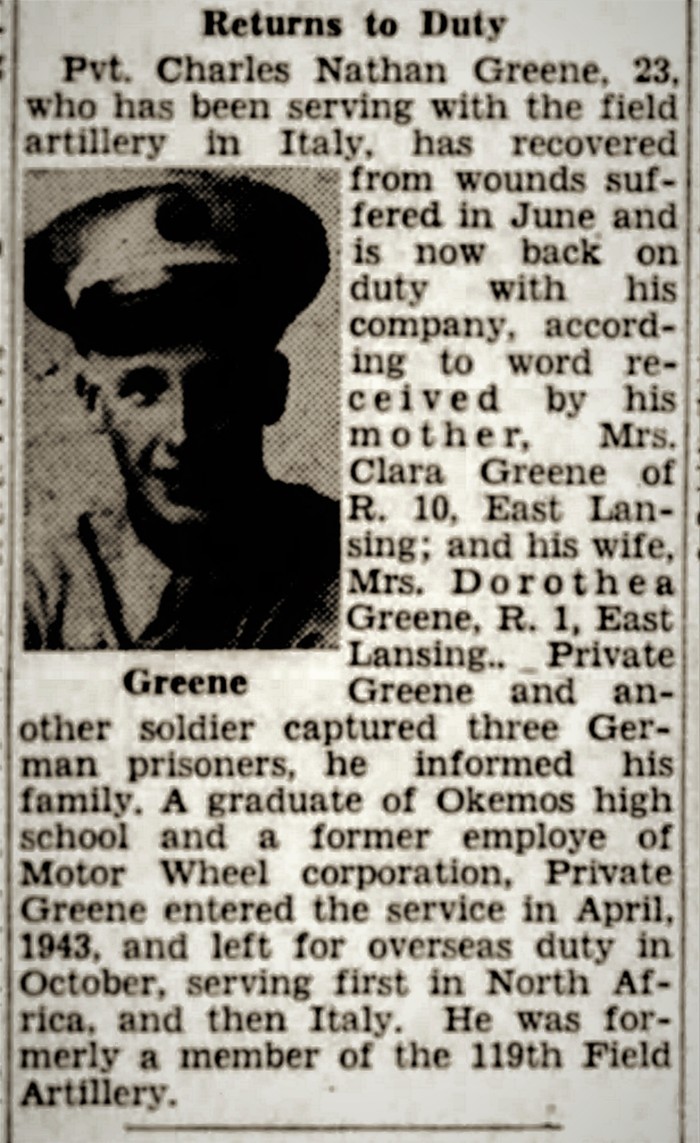 Pvt. Charles Nathan Green, 23, who has been serving with the field artillery in Italy, has recovered from wounds suffered in June and is now back on duty with his company, according to word received by his mother, Mrs. Clara Green of R. 10, East Lansing; and his wife, Mrs. Dorothea Greene, R. 1, East Lansing.  Private Greene and another soldier captured three German prisoners, he informed his family.  A graduated of Okemos high school and a former employee of Motor Wheel corporation, Private Greene entered the service in April, 1943, and left for overseas duty in October, serving first in North Africa, and then Italy.  He was formerly a member of the 119th Field Artillery. 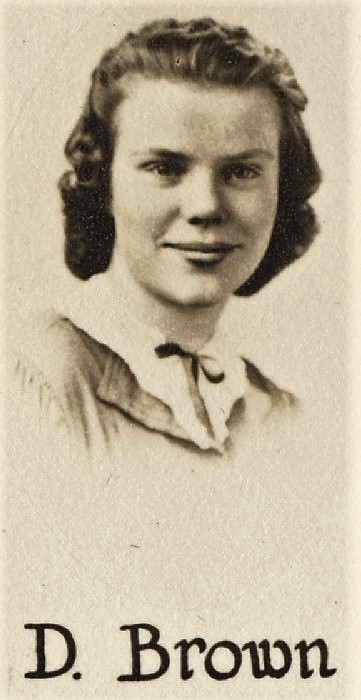 Age 80, died May 11, 2001, in Owosso.  He was born May 7, 1921 in Hart, MI, the son of Charles William and Clara E. (Hersey) Greene.  He was a 1940 graduate of Okemos High School.  Charles N. and Dorothea E. Brown were united in marriage on October 5, 1940 in East Lansing.  He served with the United States Army during World War II and was awarded the Purple Heart.  He was employed by diamond Reo 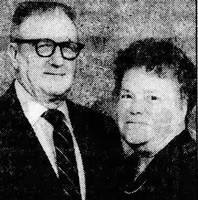