After high school graduation in Indiana and 2 years of college education, Mainord enlisted 20 October 1941, Fort Benjamin Harrison, Marion County, Indiana, into the US Army.  He later transferred into the Army Air Corp where he was trained as a combat glider pilot.  Mainord, with the 1st Air Commando 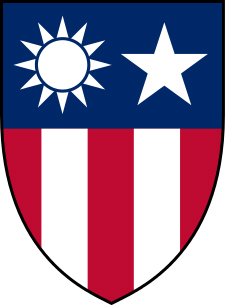 Mainord , age 97, passed away peacefully on December 25, 2014 at Upjohn Community Care Center in Kalamazoo.  He was  born on December 11, 1917 in Iowa and lived the majority of his life in the Kalamazoo area. Mainord was a decorated WW II combat glider pilot, First Air Commando, CBI. He received his bachelors and masters degrees in Education from Western Michigan University on a track scholarship. Mainord was a beloved and proud Comstock Public Schools principal at East and North Elementary Schools. He was a private pilot, EAA member, who loved to construct planes, an avid reader, sports fan and a naturalist. His wife Charlotte, the love of his life, was also a beloved teacher at Comstock North Elementary School. She preceded Mainord in death. He is survived by their son, Steve (Margie) of Kalamazoo and two grandchildren. Also surviving are two sisters, Millie and Gladys; and two brothers, Harvey and Joe. Mainord was preceded in death by siblings, Elmer, Viola, Helen, Hazel, Ester Jane and Marilyn. Per his wishes, there will be no memorial ceremony and in lieu of flowers, memorial donations may be made to the Sierra Club Foundation. Arrangements by Langeland Family Funeral Homes