Donald David "Don" Wade, son of David E. (1884-1933) and Jessie Fremont (Landon) (1870-1941) Wade, was the twin brother of Ronald Edward Wade.  The twins were born 18 January 1912, probably in Ann Arbor Washtenaw County, Michigan and both attended Okemos Schools.  According to Don's 1942 Army enlistment record, he only had a grammar school education.  No high school years were listed although he would have graduated in 1929.

Don married Margaret Evelyn Koppa in 1939, Indiana.  The couple were divorced before Don enlisted into service, June 1942. There were no children. Don rose to the rank of Staff Sergeant and served in the 509 Bomb Squadron, 8th Army Air Force during the war years.

By 1949 Don was stationed at Walker Air Force Base near Roswell, New Mexico.  Don died of chest injuries in an auto accident 6 September 1949 and was interred in the same cemetery as his parents; Dailey Cemetery, LaGrange, Cass County, Michigan. 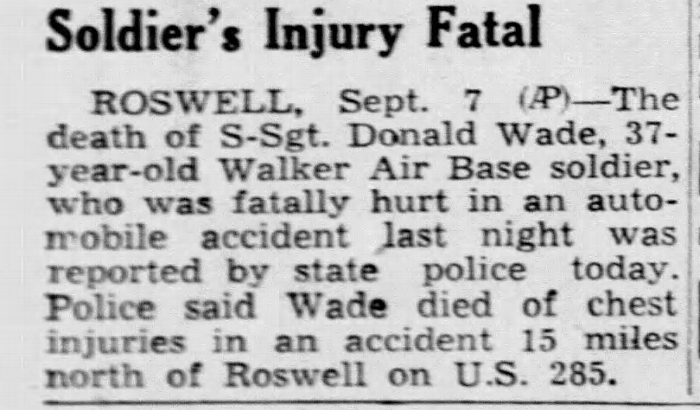 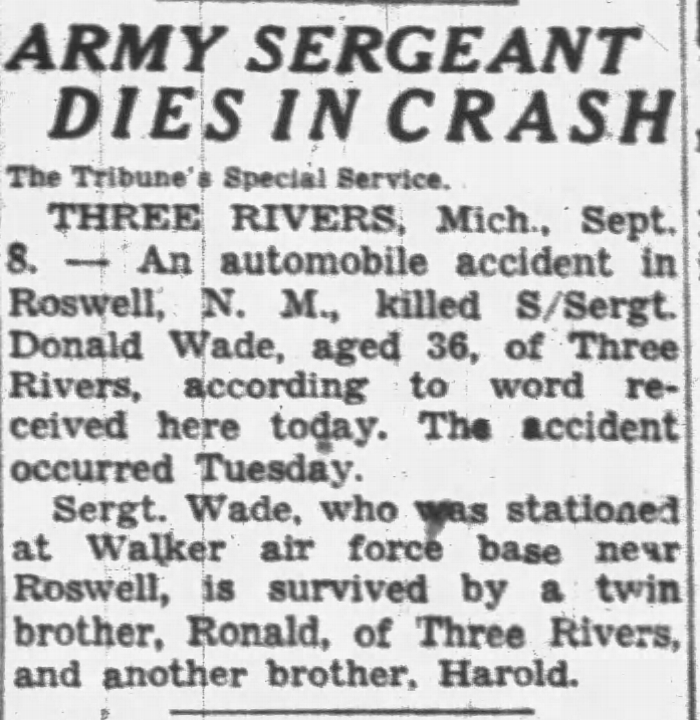