Merrill Fremont Edwards, son of Fremont D. (1914-2015) and Vena Rose (Longstreet) (1918-2009) Edwards, was born 13 May 1935, Williamston, Ingham County, Michigan.  Fremont for over 30 years was a heavy equipment operator at Michigan State University.  Vena was a dedicated and devoted mother to her 2 sons and daughter, Merrill being the oldest.  According to the 1940 US Federal Census, Fremont was employed by the WPA, ditch digging.  Fremont listed himself, on his 21 December 1934 marriage license, as a "laborer."

During the mid-1970's Merrill married LeeAnna (Miller) Schinderle, born 9 October 1943, Lansing, Ingham County.  LeeAnna, a school teacher, had a successful 22 year career with the Grand Ledge school system and retired in 1995. With Merrill doing construction work, LeeAnna teaching and 6 kids in the house, theirs was a busy household. 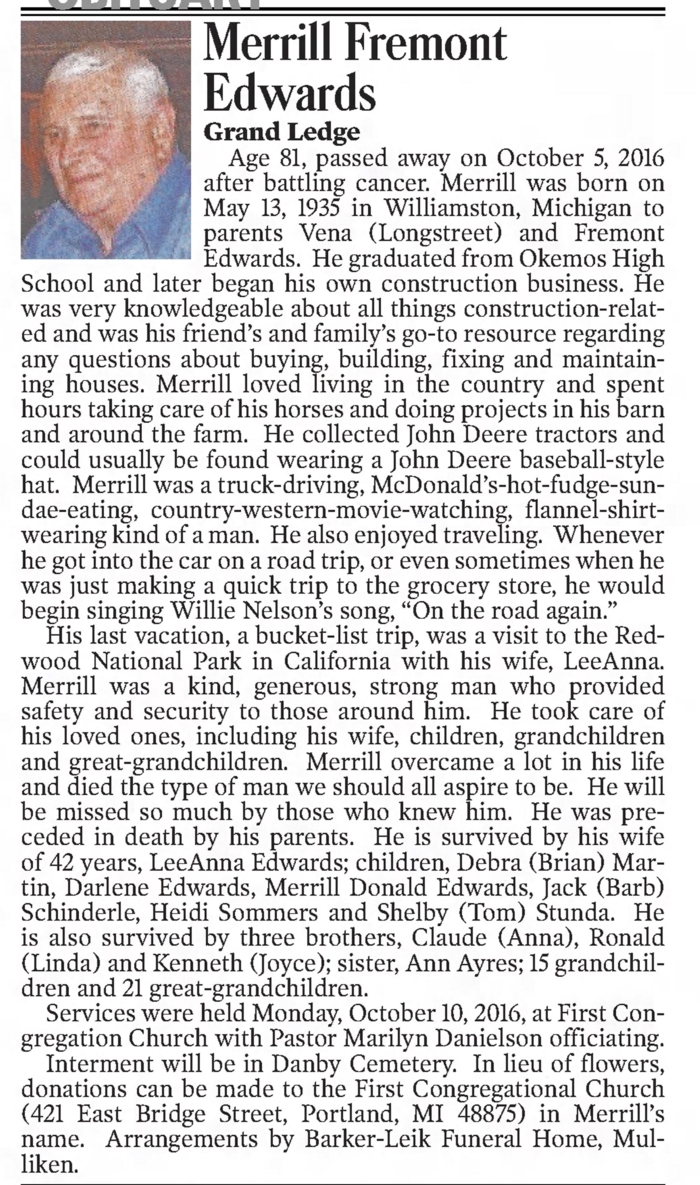