Mr. Clarence Bartow Sr. was employed during the 1930's as manager of the electrical appliance department for J. W. Knapp Company, Lansing.  Knapp's was a well known, large and considered fine, department store that for decades served the central Michigan region.  Mr. Bartow was also a violinist with the Lansing Symphony Orchestra during the 1960's.

Nolan, after graduation, worked for the railroad but gradually drifted back to his love of music and woodworking.  As a child he had carved several "flutes," and although they didn't play well, the fascination with the art of making something drove him to seek lessons in how to make a violin.  Later he studied violin making in Europe and opened a shop, 329 1/2 South Washington Avenue, Lansing, which became his headquarters for decades. 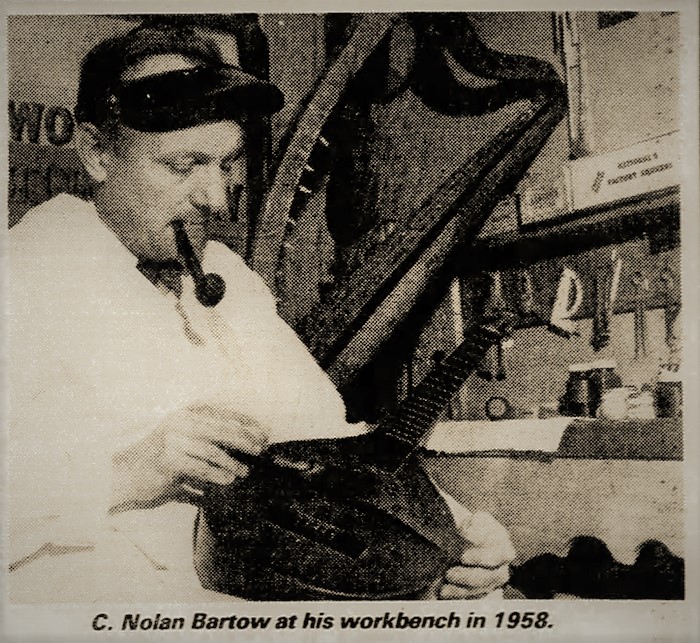 The sign hands over the door of Clarence Nolan Bartow, 57, a rotund, grandfatherly man who hand carves violins of out maple and other fine woods.  A violin takes a month to build.

"Some of these factories with stockholders and all glue up a bunch of orange crates, spray them with lacquer and call them violins," Bartow laments.

Bartow, a bachelor, lives and works in a cluttered part of an old rooming house.  His shop is stuffed with violins people have asked him to repair, parts of instruments he is making, and the tools of his trade...clamps, molds, and bottles of turpentine and varnish.

Violin making business is good these days, he said.  Last year he just sold four of five violins.  But they went at $1,000 apiece, and a few violins go a long ways.

Bartow supplements his income from violins with piano tuning and repair - repairing any stringed instrument and by making a variety of other instruments, from mandolins to dulcimers.

Bartow became disenchanted with his old work as a railroad man in the late 1940's.  He entered a violin making school in the Edison Institute in Dearborn, Mich.

Later he attended a violin making university in Cremona, Italy, the home of Anthony Stradivarius whose century old violins are valued at thousands of dollars each.

"Everybody thinks Stradivarius had a secret to making a violin," Bartow said.  "There is no specific secret to violin-making.  If I knew as much as Stradivarius did, I'd have his tone.  He is a smarter man than we are today."

Today, Bartow said, few people are willing to devote the time necessary to learn about physics, chemistry, music, pharmacology, acoustics, and woodworking, which are a few of the things a person needs to know to make a good violin.

"I'm the only one left in this part of the country," he said.  "There are only a few tools around."

C. Nolan Bartow was just a young man when he put together a makeshift violin to serenade the girl next door.

Little did he realize at the time, that it was the beginning of a career he would fondly pursue until his death.

The custom violin maker was just a youngster when he taught himself to make instruments out of cigar boxes.

"They didn't work out too well," he once told a reporter, "but I'd go around anyway and serenade the girls."

Bartow attended teacher's college for a year, then went to Michigan state University for another 2 1/2 years, leaving without a diploma.  His first real job was as a brakeman for the New York Central Railroad.

Bartow came to Lansing in 1951 and set up shop in an upstairs studio in the 300 block of South Washington Avenue where he tuned out stringed instruments for professional musicians throughout the world.

He also invented a special varnish to use on his finished violins.

Bartow enjoyed his old-world craft and didn't want to think of retirement, he once told a reporter.

"I've done all the things I wanted to do.  I can take time off now if I want to," Bartow said.

"Right now I plan to stay here and work for a long time." 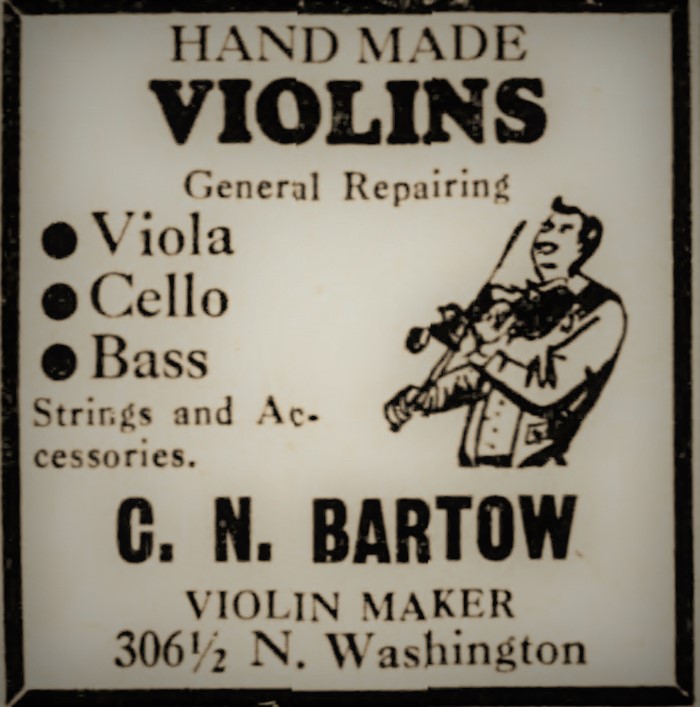 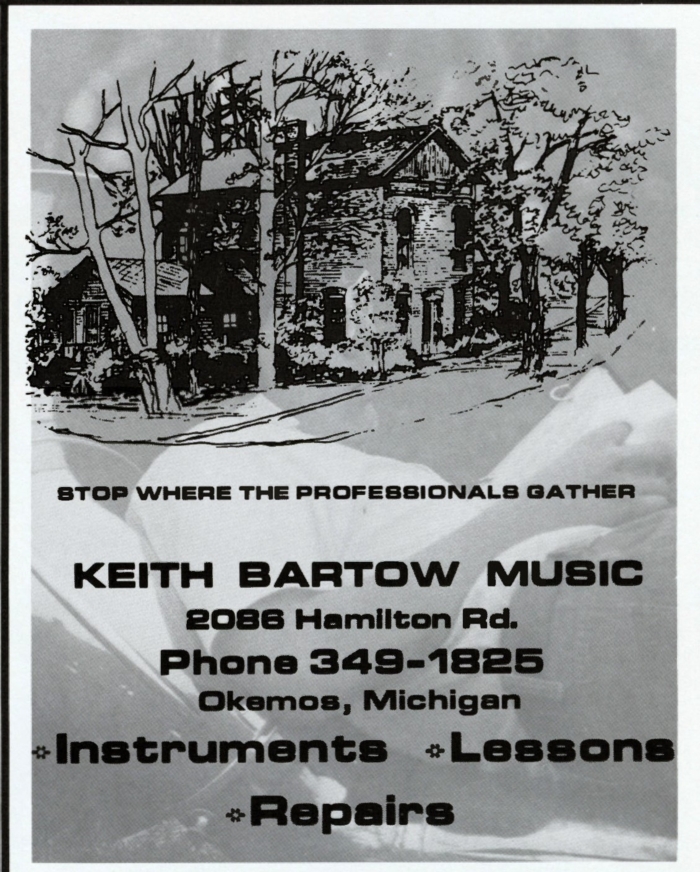 s of Decantor, IL and numerous nieces and nephews.  Funeral services will be held Tues. 1 p.m. at the Gorsline-Runciman Lansing Chapel with the Rev. Lewis Wood Administrative Pastor of South Baptist Church officiating.  Interment will be in Summit Cemetery.