Mr. Blinn immigrated from Germany in 1884 and made his way to Michigan.  In 1897 he married Bertha and the couple raised 3 children; William, Laura and Marie.

Marie married Jacob LeGrande Nichols, 20 August 1932, Lansing.  Jacob had previously been married, in 1918, to Ruth Avalyn Williams.  Ruth divorced Jacob on grounds of non-support in 1922, Kent County, Michigan, and went on to have two more marriages.  Jacob, who became employed by Consumers Power Company in 1921, and Marie had one daughter, Josephine, and the family lived for many years at the Bennett Road address after the elder Mrs. Blinn died in 1927.  Jacob retired from Consumers Power in 1946. 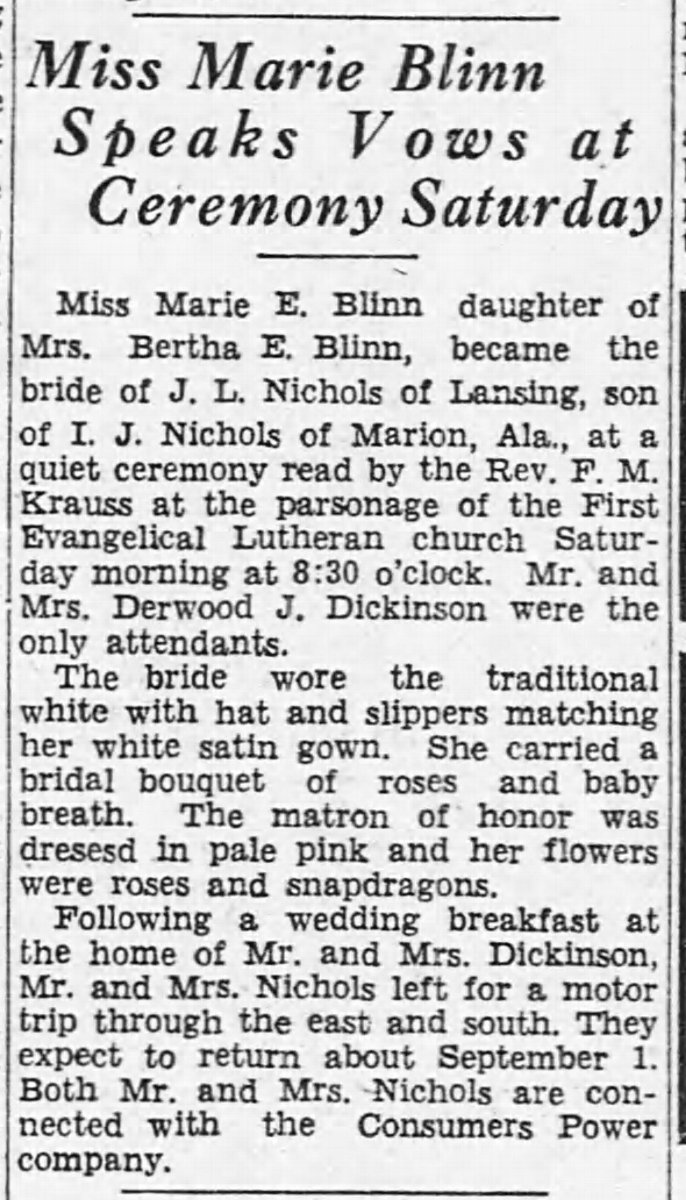 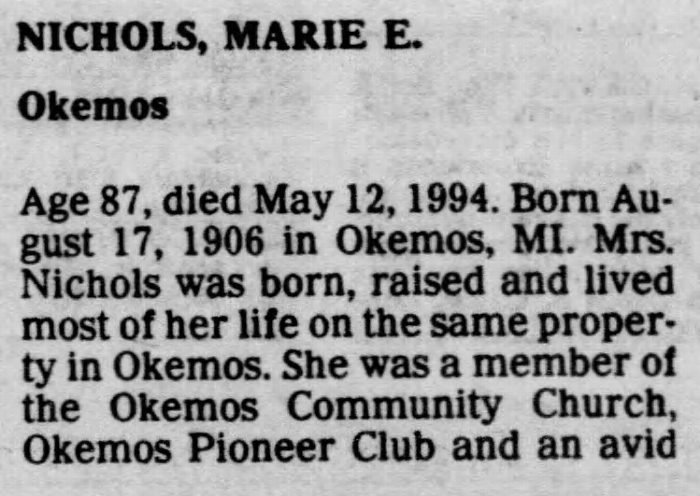 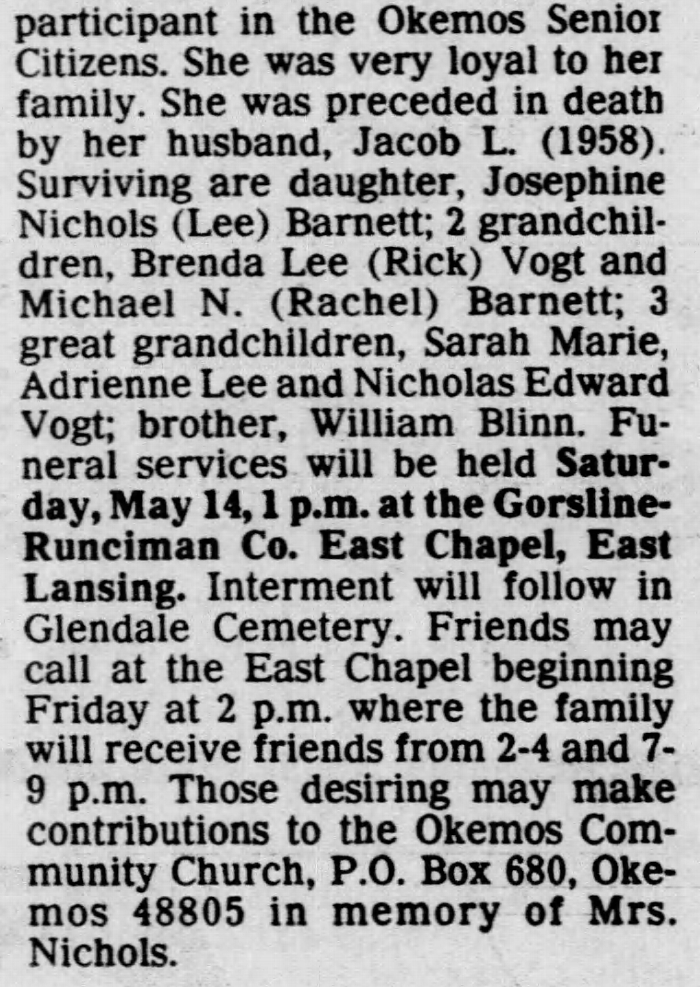