Off-Screen Encounters in the Realm of Film and TV Personalities 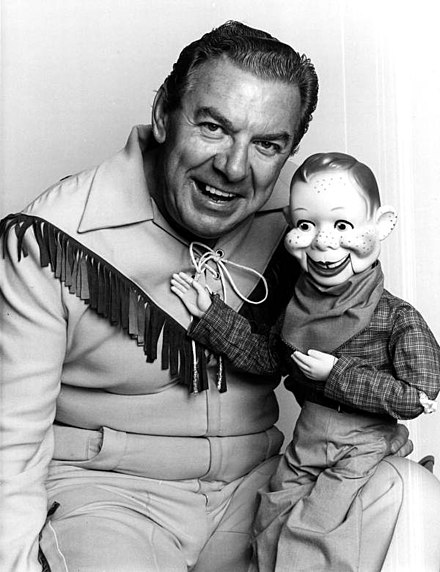 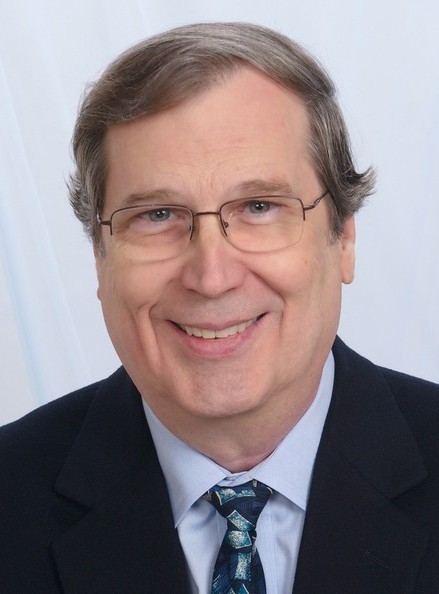 Born in Buffalo, New York, Robert Schmidt* learned at a young age to play the piano and organ. By the time he was 15, he was singing on a Buffalo radio station.

He worked his way up from local radio stations to NBC’s television network. He changed his name to Robert E. Smith and launched a children’s TV show called Howdy Doody that ran Monday to Friday at 5:30 p.m. on NBC.

Smith hosted the show as Buffalo Bob Smith, wearing a fringed cowboy outfit. Howdy, a freckle-faced boy marionette with 48 freckles, one for each state of the union, wore jeans, a bandanna and a checkered shirt.

Each show led off with Buffalo Bob asking: “Say kids, what time is it?”

The 40 kids in the Peanut Gallery shouted in reply—“It’s Howdy Doody time!”—and then sang the show’s theme song by the same name to the tune of “Ta-ra-ra-boom-de-ay.” Many other TV programs copied the show’s format, a pioneer in children's television programming.

The show also was a pioneer in early color television. NBC, owned at the time by TV manufacturer RCA, used the show in part to sell color television sets in the 1950s. People gathered in front of appliance store windows to watch the show just as they did with baseball games and wrestling matches.

Kids whose families had a television set – or, if they didn’t have a TV did have friends whose parents had a TV - looked forward each day to coming home from school to watch Howdy Doody, Howdy and the show’s other puppet members lived in the town of Doodyville. Favorites were Mayor Phineas T. Bluster, Dilly Dally, Princess Summerfall Winterspring, and Flub-a-Dub—a combination of eight animals: a duck’s bill, a cat’s whiskers, a spaniel’s ears, a giraffe’s neck, a dachshund’s body, a seal’s flippers, a pig’s tail, and an elephant’s memory.

Some ten years after the show’s run on NBC ended, September 30, 1960, Buffalo Bob Smith embarked in the early 1970s on a tour of college campuses, with live shows providing a mix of contemporary humor and nostalgia.

In 1976 he reunited with Roger Muir, longtime producer of the Howdy Doody Show, and several original cast members to create The New Howdy Doody Show. The show ran on Atlanta’s WTBS-TV and nationally with that channel's satellite feed to local cable systems across the United States. The cast included Happy Harmony (played by Marilyn Patch).

After retiring to North Carolina, Smith’s last live TV appearance was on July 3, 1998, when he made an infomercial appearance on the QVC cable-shopping channel to promote Howdy Doody memorabilia. Sadly, less than a month later, Smith died at the age of 80 in Hendersonville, North Carolina on July 30, 1998.

Flight Log Memories: After having watched the Howdy Doody Show for some period of time at my neighbor’s house, our family finally purchased its first TV in the early 1950s. I’d look forward to getting home from school and watching Howdy Doody. My close encounter with Buffalo Bob Smith occurred not long after.

At the time, The Howdy Doody Show ran a daily contest in which Buffalo Bob drew a post card from a bowl filled with post cards that children had sent to the show from across the United States. Each card provided a child’s name, address, and phone number.

One afternoon, while I was watching Howdy Doody, Buffalo Bob drew a post card from the bowl and dialed the phone number on the card. At that moment our phone rang and my mother, on answering it, called me to the phone. I put the phone to my ear, said hello, and heard Buffalo Bob congratulate me as that day’s lucky winner of the phone call from Howdy Doody. While I clearly remember that phone call, I have forgotten what the prize was that the show sent to me by mail.

When Buffalo Bob revived the Howdy Doody show as The New Howdy Doody Show in 1976, I watched it on our local cable system in Muscle Shoals, Alabama, where I had begun working in mid-1975 with the International Fertilizer Development Center (IFDC). But I only saw a few episodes of The New Howdy Doody Show because it aired at 7:30 a.m., the same time I had to be at work. Another reason for missing the show was that I often was away on travel overseas. It was not possible to “tape” the show because we didn’t own either a Sony Betamax or VHS videocassette recorder (VCR).

Thus, déjà vu all over again – before my parents felt they could afford to buy a TV, I couldn’t watch Howdy Doody unless I went to the neighbor’s house to view the show on their TV. Now, two decades later, I again wasn’t able to watch Howdy Doody because I had to be at work and we didn’t own a VCR.

Sony and VHS competitors probably could have sold a ton more of those Betamaxes and VCRs in the 1970s if they had only advertised on The New Howdy Doody Show, just as RCA (owner of NBC) had fueled color TV sales in the late 1950s and early 1960s by broadcasting the original Howdy Doody in color on NBC.

Given my childhood close encounter (albeit by phone) with Buffalo Bob, you can understand what a bummer it was for me to have go off to work each day and not be able to stay home with my almost two-year old son Shannon to watch the daily adventures of Buffalo Bob and his Howdy Doody sidekicks – except, of course, on those days when I suddenly came down with a cold and decided to play hooky!

It was then a surprise, less than a year after I retired in September 2014, to discover one Sunday morning in May 2015 that my cable supplier, Comcast (Xfinity), was carrying The New Howdy Doody Show on Sunday mornings on the COZI channel, nearly four decades after the show premiered in 1976. Now I have the time to watch the show at any time after recording it on my Comcast Digital Video Recorder (DVR).

When I introduced my six-year old grandson, Braden to the New Howdy Doody Show, his interest in the show was challenged by having to watch, on a 40” HD TV, a show originally taped in the mid-1970s, a combination that results in a noticeably blurry image. The first time Braden watched the show he asked: “Abu, why is the TV so blurry?”

I already heard the same type of question from my son Shannon who often asked how I could listen to oldies songs on an AM radio station that had a lot of static interference. Of course, he was not used to hearing static on the radio because he grew up listening to rock’n’roll music on static-free FM stations.