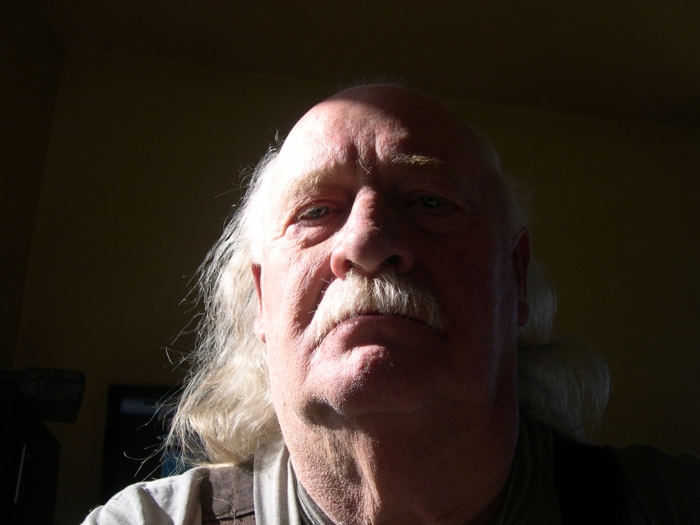 Musicians were a regular part of the clientele we served. I never treated them with any particular deference even when I was awed to be in the presence of greatness.  Most of them were the struggling variety and were usually shopping for the day when they made it big and rarely bought anything.

Most encounters were casual commercial transactions. Boz Skaggs and the Pointer Sisters shopped our store in the city.  The four sisters created a whirlwind when they breezed in dressed to the hilt.  They were always on stage and totally captured every audience.

When I worked in Berkeley CBS Records would send their musicians in to pick up equipment. One day, Joe McDonald (Country Joe and the Fish) came in to get a reel-to-reel four track Revox tape recorder made in Switzerland. We technically sold the $4000 machine but sales were so rare it was only available on special order.

Joe was impatient. He wanted to take one home today and inquired about alternatives.

“We have this simul-sync four track Teac that we sell to most musicians,” I told him.

“Where is that made?” Joe asked.

“What else do you have,” he replied with a furled brow and turned up nose.

“How about this Tanberg?” I responded.

“Where is that made?” he asked again.

Joe turned a pale shade of red and his auburn hair might have stood on end a little. He did an about face and huffed out the door. I got called on the carpet for trying to sell him a product from each of the only two whaling nations in the World. He didn’t get me fired but it marked the beginning of my fall from grace in the eyes of CBS management. Oh well. My diplomatic skills have never been strong and only become worse with age.

Van Morrison - Into The Mystic

I soon found myself back in Marin County close to home after three years commuting to the city and the East Bay. Van Morrison’s manager came in one day and we picked out a system for Van that was virtually indestructible and relatively uncomplicated. It took three trips to Lagunitas from San Rafael before Van was home to accept the delivery and take a quick course in how not to blow up speakers. I did get the new double live album he had just released. Van is one of my all-time top ten favorite musicians.

I helped open a new store and took charge of a beautiful well stocked high end audio room in Corte Madera. It was a favorite spot for local musicians to come in and listen to their music. I always gave even the humblest struggling artists privacy and peace and quiet. Well, not quiet, but undisturbed.

Jerry Garcia would come in quite often to listen to studio tapes on the very best. It was easy to leave him alone. The audio quality of the studio cassette tapes was horrible. Hurt my ears. Their recent records weren’t much better. I couldn’t listen to more than a few tracks. I had become a bit of an audiophile snob.

One day after Jerry had been listening to his tapes for about an hour I came into the room as he was finishing listening to the tape. I couldn’t resist any longer.

I told him, “We really love you Jerry and most of us have really great sound systems and don’t listen to music in a VW bus on a six-inch speaker.  Let me play something for you.”

I had a direct-to-disc pressing of American Beauty, the Dead’s all-time best recording. I played it on our best system with the Infinity Quantum speakers, bi-amped with two 500 watt/channel SAE amplifiers fed by an Infinity FET preamp. I put the record on the Technics direct drive turntable with the obsidian base and the Infinity Black Widow tone arm holding an Ortofon moving coil cartridge, cranked the volume up to 120 db SPL (Sound Pressure Level) and left the room to the opening strains of Box of Rain.

I came back into the room just as the final strains of Truckin’ faded. I knew he was stoked. The sound that system produced was awesome. I told him, “Jerry that is the kind of production we want to hear.”

He caught me by surprise when he asked me, “Who do you think the best producer is?”

I thought about it for perhaps two seconds and replied, “Lowell George.” (Little Feat)  I actually thought Phil Manzanera was the greatest Rock-n-Roll producer alive at the time but didn’t think he would be a very good fit for The Grateful Dead.

I didn’t think much about it. Jerry never came back in the store again which disappointed me. Oh well.

A few months later I was helping out in the San Rafael store while someone was on vacation.  A guy came in wearing a white jump suit. He asked me what the best cassette tape was.

“Anything else,” I asked while walking up to the computer terminal to prepare an invoice.

He gave me a company credit card.

I asked for his name and he hemmed and hawed. “Do I really have to give you my name?”

"Yes, all sales not in cash require full name and address information."

He got a bit more animated. “Do I really have to give you all this shit?

“Look,” I said. “I just have to fill in the blanks. I don’t care if the information is real or not. I am not going to call you.” He chilled and gave me numbers.

“What are you doing in town?” I asked him.

“I am working with the Dead on an album down the street.”

The album was Shakedown Street.  Jerry sent me an album via a mutual friend. I never saw either one of them again. I was in town on business several years later and disappointed I couldn’t stay a few more days to attend the upcoming Little Feat concert. On the way out of town I heard the news that Lowell had collapsed in his hotel room and died the night before. Never did get to see him play live. It took Jerry another fifteen years to destroy his liver.

Please post your comments to Wally’s Profile page at OkemosAlumni.org