and Their Life Beyond High School 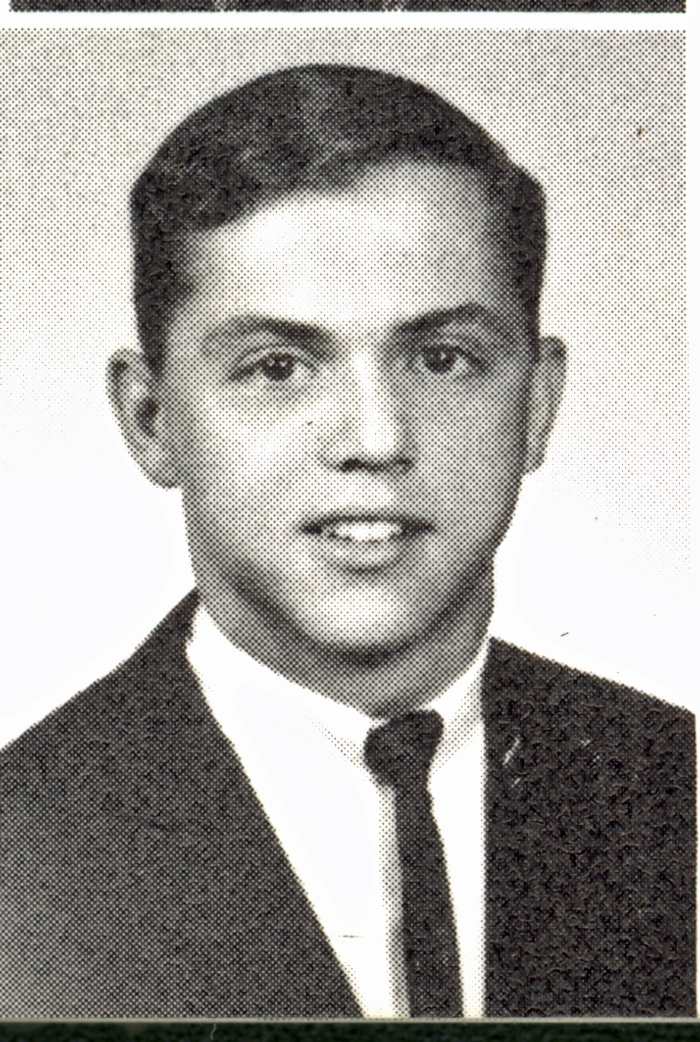 <Nominated to the Okemos Athletic Hall of Fame>

College Professor and A lifetime of achievements 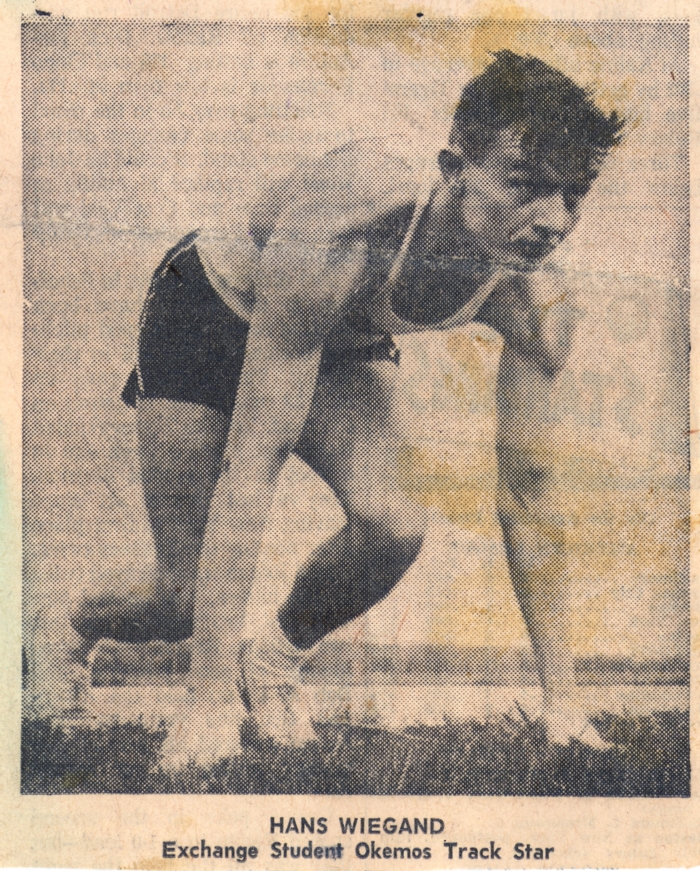 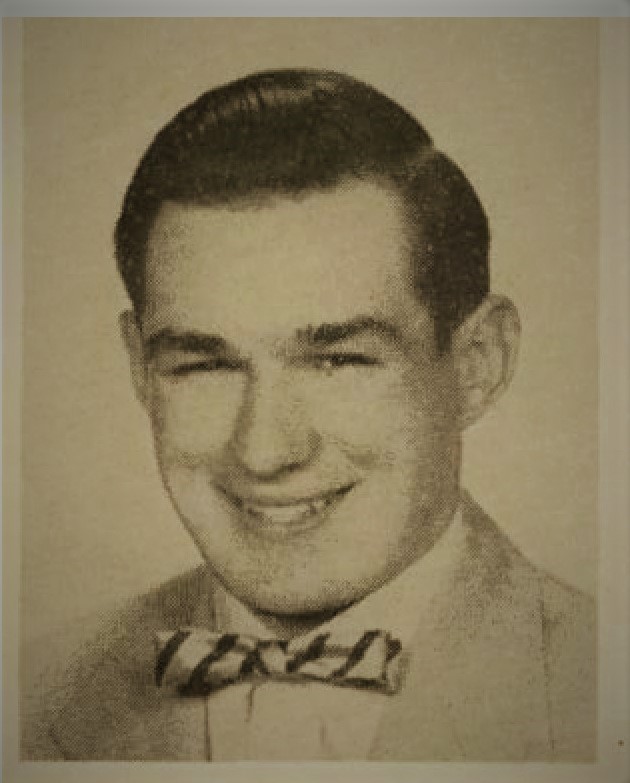 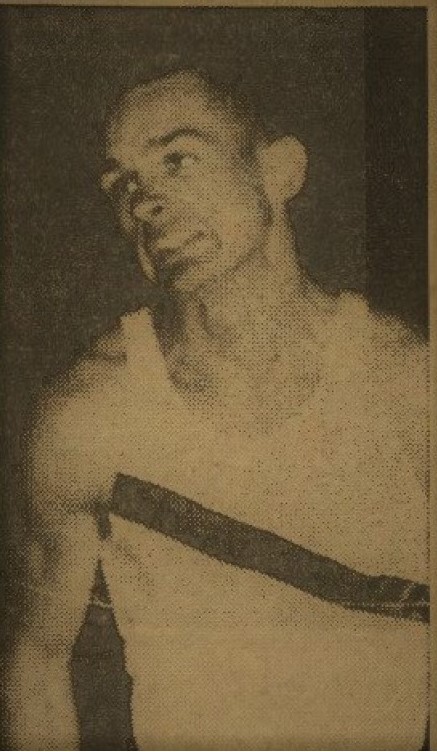 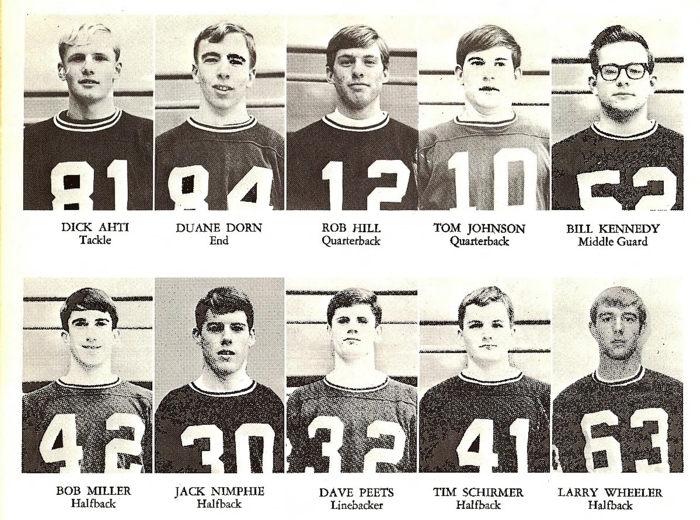 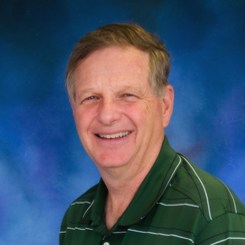 "The Story of Champions, an Adventure in 9 parts." 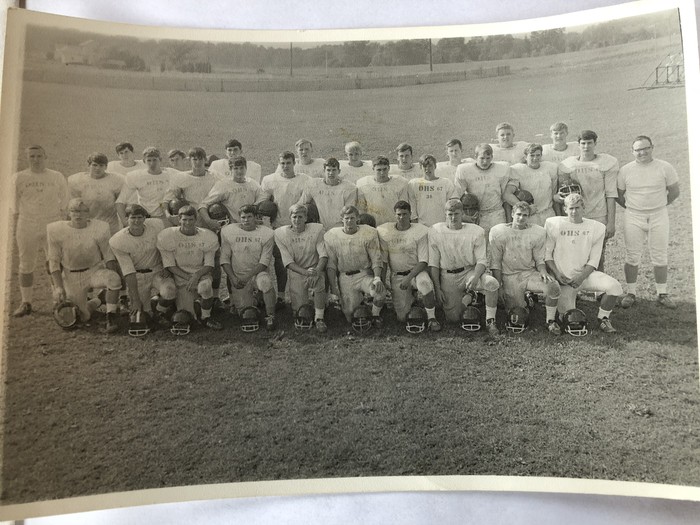 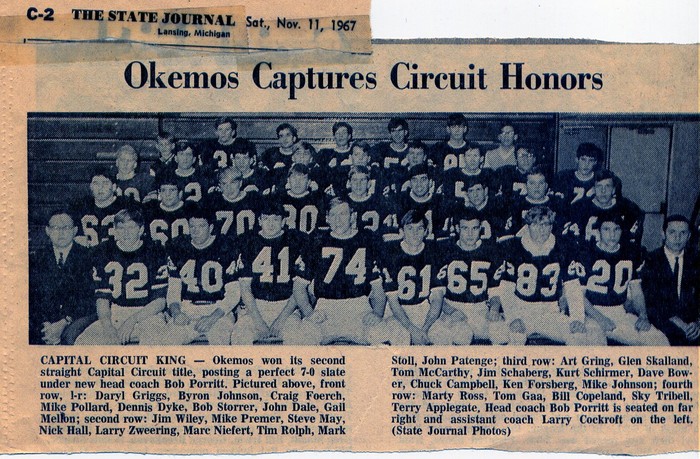 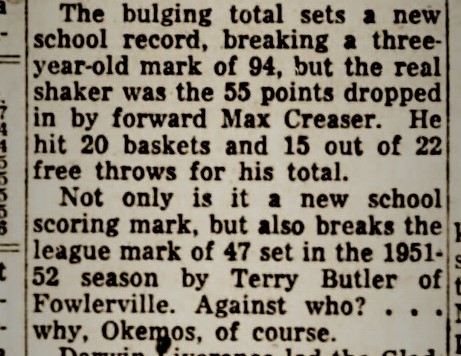 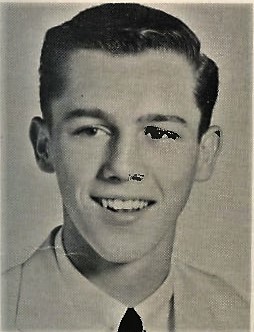 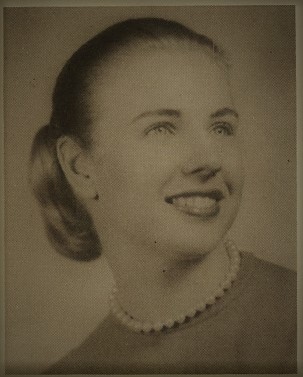 Judy set the stage for Syncronized Swimming as an Olympic sport 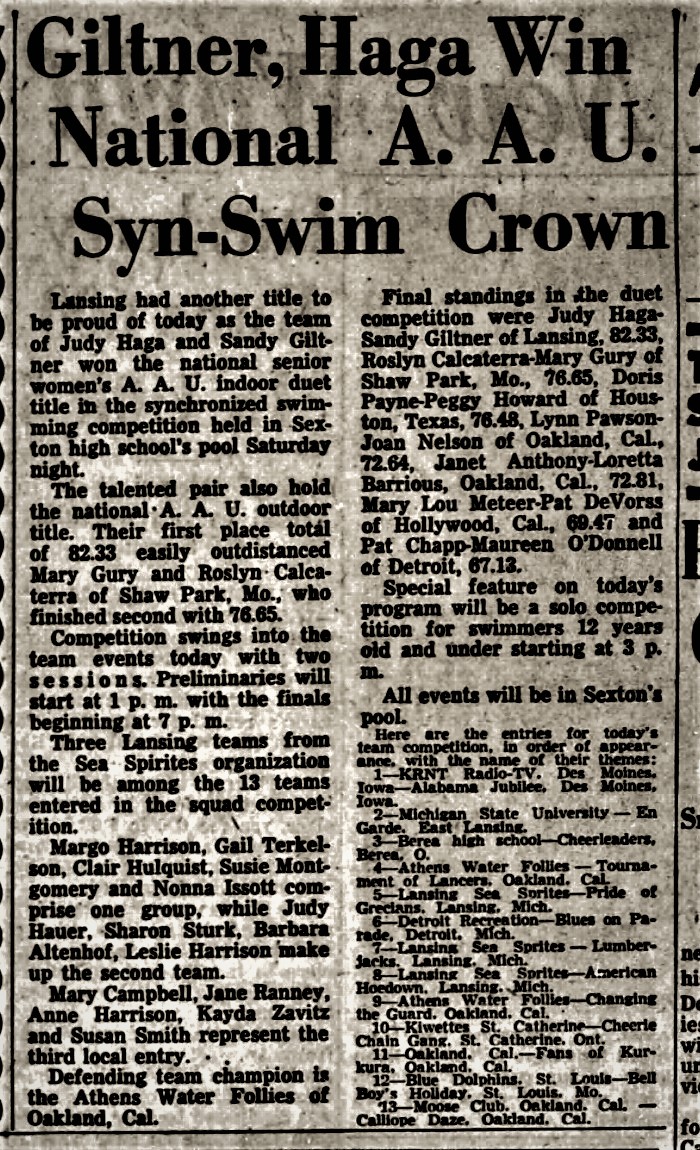 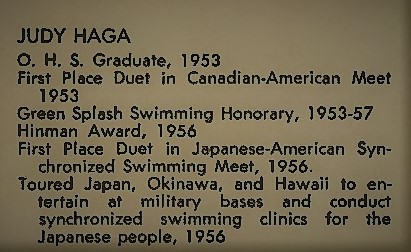 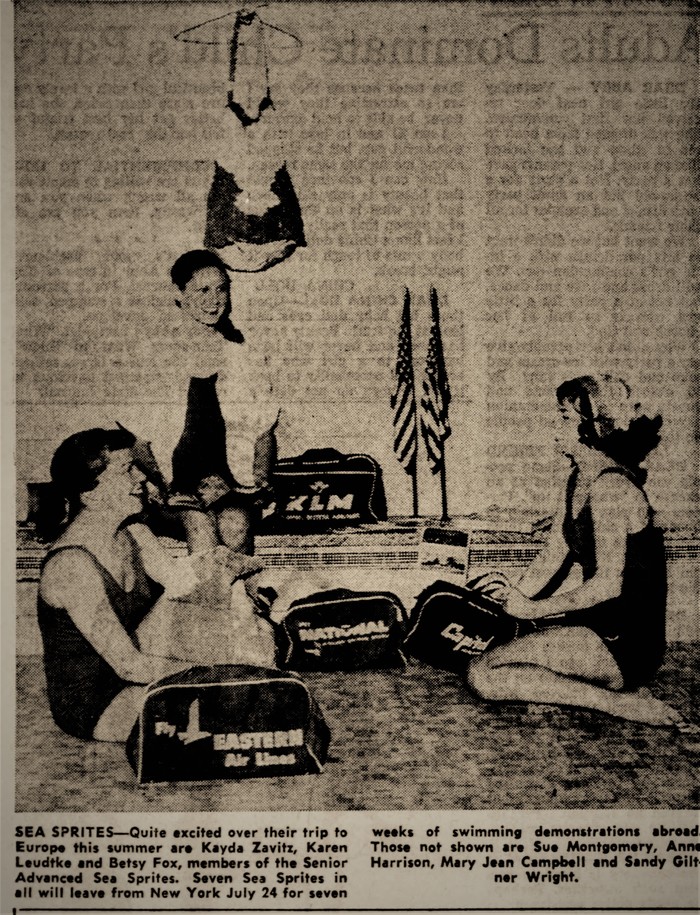 Building on the work of Judy Haga '53, Betsy performed in the 1960 Olympics in Syncronized Swimming as a demonstration event.  The sport is now a competitive sport in the Olympics.

Also in 1960, she won an international championship in Barcelona, Spain.

Valedictorian of his graduating Class at age 16

Compiled and Written by Sherrie Paty

and the Two time State Champion in the Javelin Throw 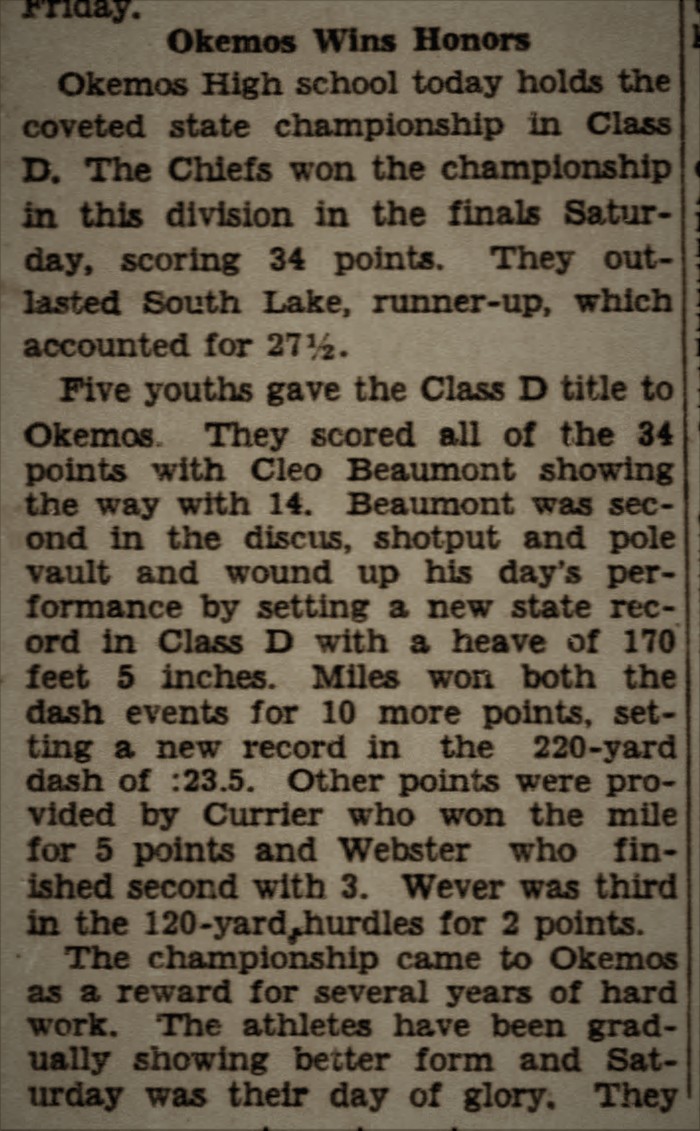 from Track Star to the Board of Education 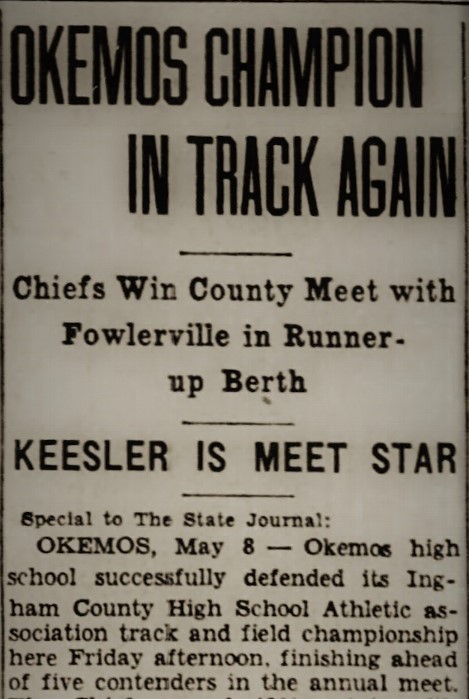 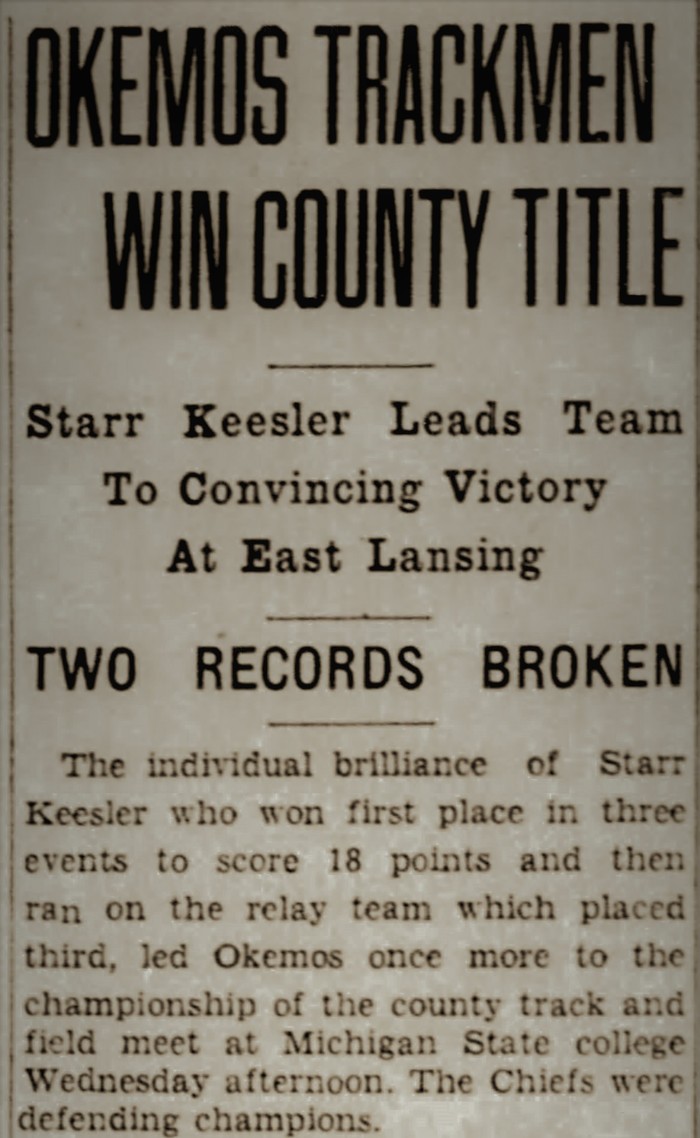 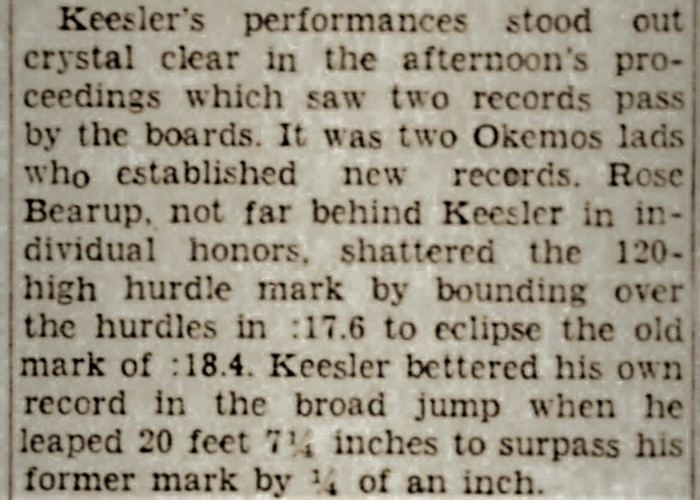 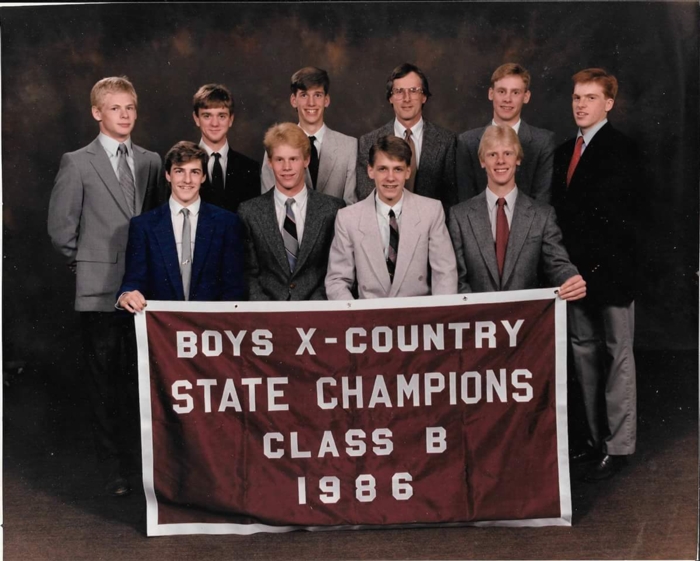 I nominate, John Quiring an accomplished teacher, track and cross country coach to the Alumni Hall of Fame. In my freshman year in the fall of 1978, John started coaching cross country at Okemos. Coach Q (as we know him) taught us lessons in the class room, on the track and the cross country courses of lower Michigan that I will never forget. He made "learning easy" and instilled in many of us the love of running and teamwork. A small number of us ran all four years with the cross county team. Although the awards in those years where limited, our time together and lessons from Coach Q stay with us today. Coach Q touched the lives of many over his thirty plus years at Okemos. Those who were coached by "Q" know of his disciplined approach to personal development and his generous spirit.
Notable coaching accomplishments include; his cross country teams won 29 league titles, 20 regional titles and the 1986 Boys' State Championship. Coach Q was a member of the Okemos Community Church, past president of the Michigan Interscholastic Track Coaches Association, and a devoted member of his community.
Jeff Preston - Class of 1982 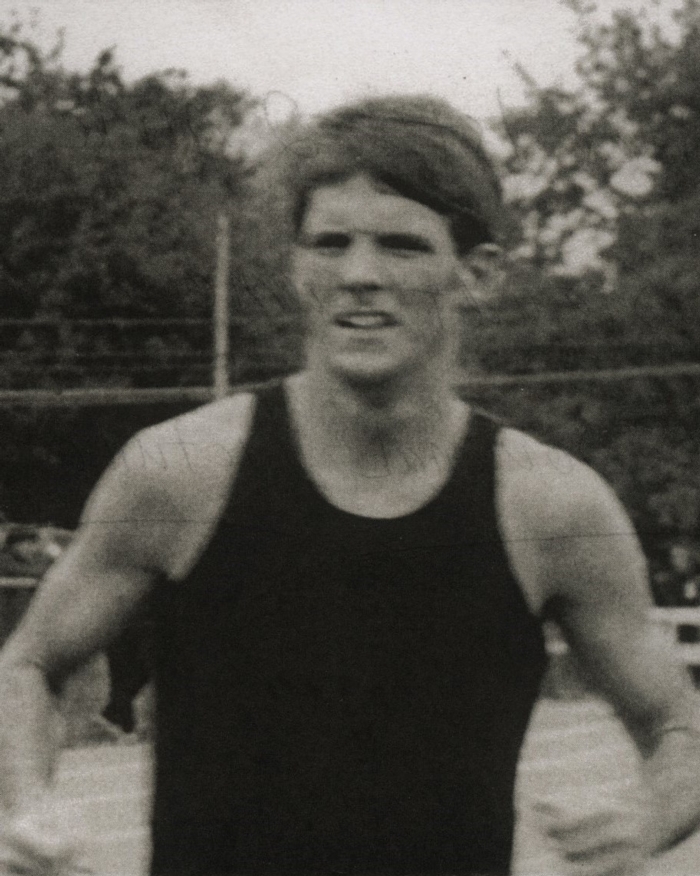 One for the record books...and 17 more years!

For 2 years, Charlie set and reset the 2 mile record.  His incredible time was posted on the wall for over a decade and a half. 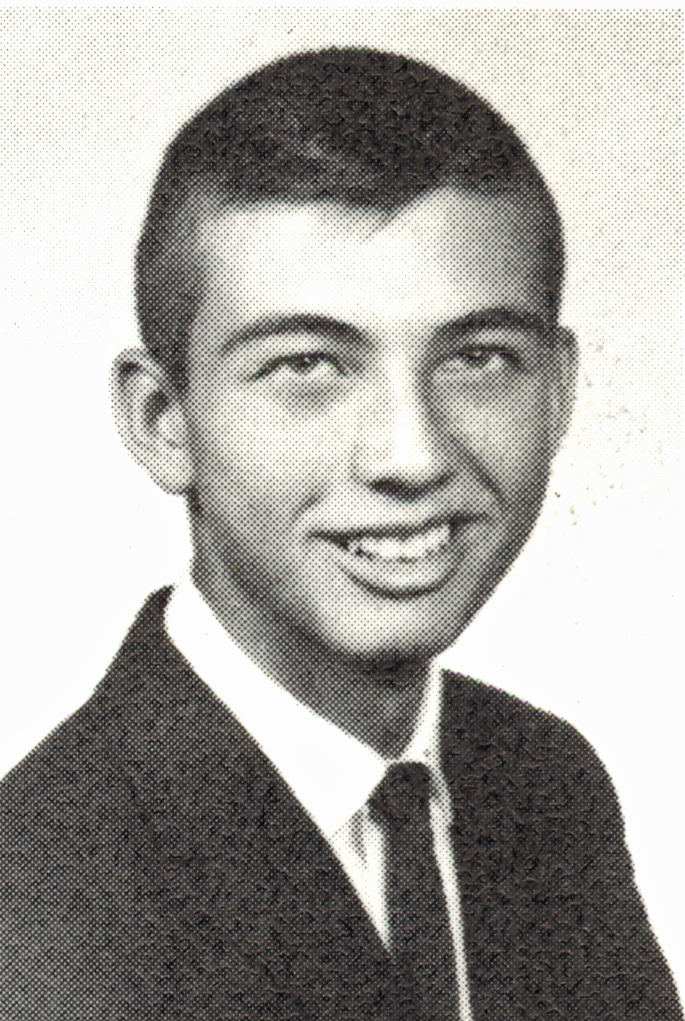